The Cup final provided a drama. It was played in Lodz between Lech (Poznan) and Legia (Warszawa). Given the performance of the finalists this season and their current squads, Legia was seemingly the favourite, but regular time ended 1-1 and no goals were scored in the extra-time. In the penalty shoot-out Lech prevailed 3-2. 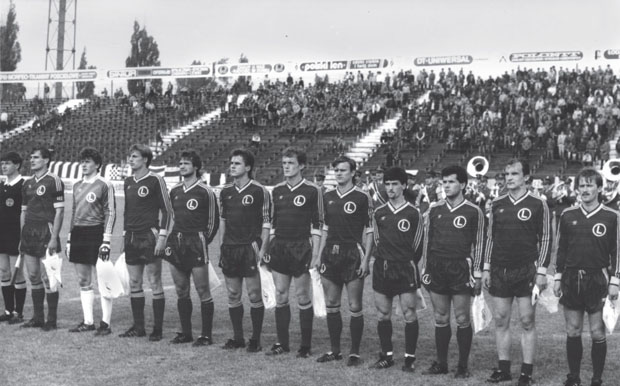 Legia (Warszawa) – empty-handed again… this is the losing team at the Cup final. From left: Paweł Janas (captain), Zbigniew Robakiewicz, Grzegorz Szeliga, Zbigniew Kaczmarek, Dariusz Dziekanowski, Arkadiusz Gmur, Dariusz Kubicki, Leszek Pisz, Andrzej Łatka, Tomasz Arceusz, Krzysztof Iwanicki.
Hardly a great squad, but still having more worthy players than most Polish clubs, including Lech. It may have been just a chancy loss, but it was a loss – no trophy for Legia. 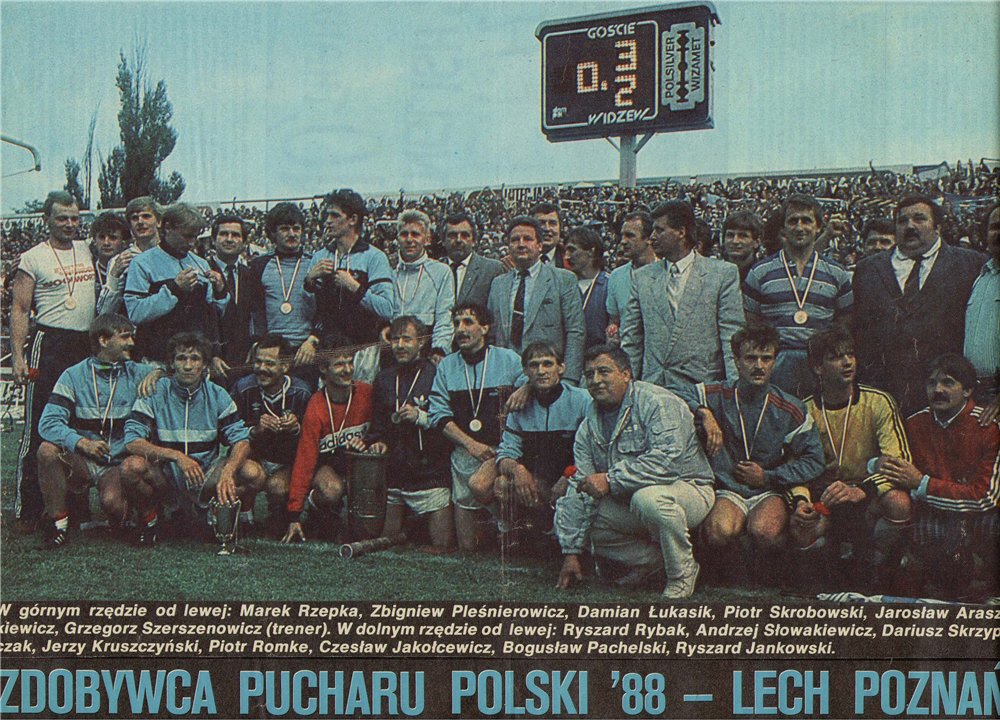 Lech (Poznan) may have been lucky, but they won the Cup and it was great! One of the strongest sides during the 1980s, but somewhat fluctuating up and down – this season was rather week. They finished in mid-table, but actually were closer to the dangerous relegation zone than anything else and the Cup was very important for them. Especially because Lech was not a club with many trophies – but all of them were won during the 1980s and that was their 3rd Cup. Thus, the season ended with a triumph.