Poland. Ranked 21st. The season in a nutshell: the dominance of Gornik (Zabrze) continued, seemingly unstoppable. Well, future had a surprise, but that was naturally unknown. Three well-known and respected clubs came back to First Division, along with a club, which never played top-league football so far. The rules for relegation and promotion were changed: 4 teams were relegated from the top league now and 4 promoted from the Second Division, which still had 2 groups. The last 2 in First Division were relegated directly and the winners of each Second Division group directly promoted. The other 2 relegated teams from the top league were decided in relegation play-offs between the teams finishing 11th to 14th. Similarly, the 2nd and 3rd in each Second Division group played between themselves promotion play-offs. The same rule for relegation was applied to those in the Second Division as well, but the only interesting thing there was that Gwardia (Warszawa), long in decline, managed to avoid relegation, unlike another club known for playing top league football – Odra (Opole) went down to Third Division. Lastly, the curious anomaly of teams of the same city playing in geographically different championship continued – the clubs from the city of Radom Radomiak and Bron did not play in the same Second Division group, unlike teams from other cities (Stal and Resovia from the city of Rzeszow played both in Group 2 of Second Division). Why Radom could not have a local derby? Unknown…
Second Division Group 1: unlikely teams finished 2nd and 3rd – Piast (Nowa Ruda) and GKS Jastrzebie. They played promotion play-off and GKS Jastrzebie prevailed by a single goal: 0-0 and 1-0. 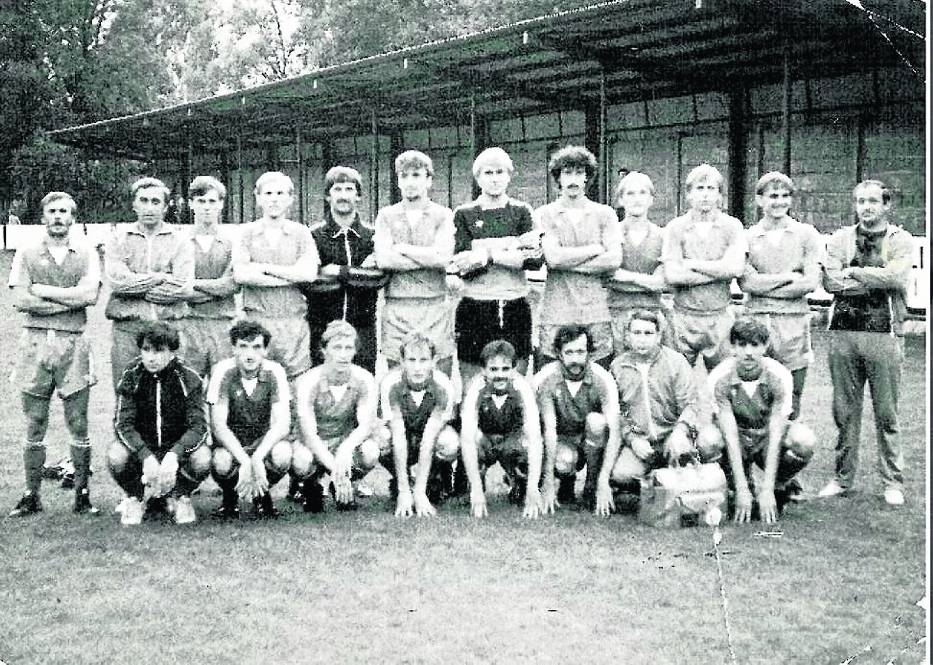 Unlucky Piast (Nowa Ruda) – so close to promotion and a debut in the First Division, but had to stay in the second level. 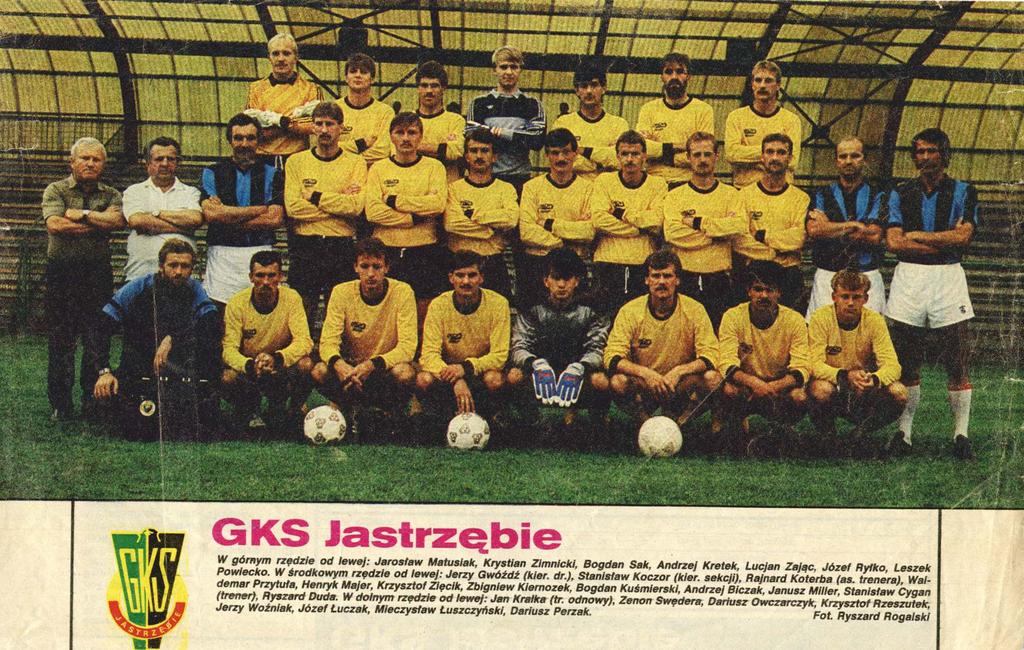 Great success for this club – they were going to debut in the First Division. Although unable to challenge the group leaders, GKS Jastrzebie had strong season and finished 2nd . It was only right they earned promotion. 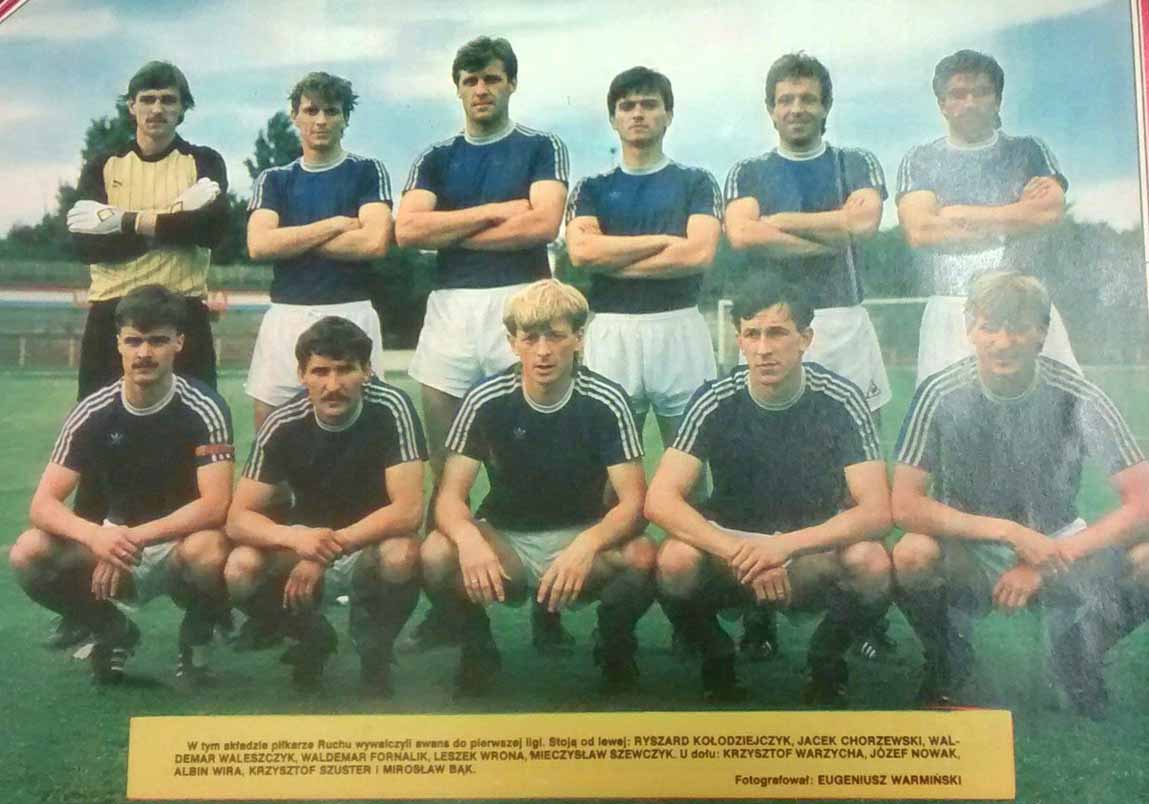 Ruch (Chorzow), one of the leading Polish clubs for a long time, was surprisingly down on their luck, but they were not going to accept that and won the Second Division Group 1 with mighty performance: with 52 points – 2nd placed GKS Jastrzebie had only 42! Rules were a bit unclear this season: seemingly, tied matches went to overtime and it was a tie only if nobody won after 120 minutes of play. At least that could be guessed by the final records, where some wins were in brackets. Ruch had 3 such wins plus regular 21, but the mystery remains, for the season should have been of 30 games and so much were shown in the final table. However, 21/3 wins, 7 ties, and 2 losses makes either 33 games or 29 games. Because of that better leave the confusing records aside. The point is Ruch was returning to First Division and the rest does not matter much.
Group 2. Gornik (Knurow) finished 3rd and went to the promotion play-off, where they met Wisla (Krakow). Gornik tried hard and won the first leg at home 1-0. However, their efforts were not enough – they lost 2-4 in Krakow and the hopes for debuting among the best ended. 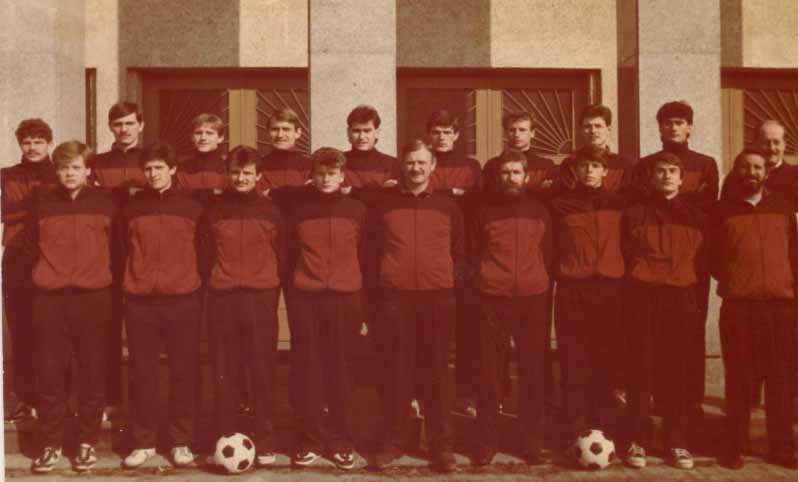 Wisla (Krakow) suffered decline in the 1980s and were even unable to win Second Division championship for some time. This season was no different – they finished distant 2nd, but did their best to win at least the promotion play-off and succeeded. Recovery at last? Hard to tell yet, but they were returning to top flight. 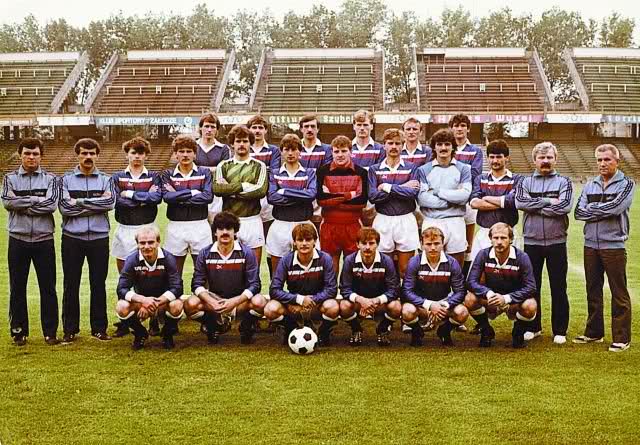 Stal (Mielec), which like Ruch and Wisla was now playing second level football, did not like it and similar to Ruch were determined to climb back – and like Ruch, they dominated the championship of Group 2, finishing with 48 points – 8 points ahead of Wisla. Again, like Ruch, Stal permitted to be beaten only twice this season. Quick return to First Division, but were they going to be a leading team again? Let’s wait the next season.