First Division. Well, Italian football was the best in Europe during most of the 1980s – the top players of the world were there. Just a reminder who played in Italy this season: Diego Maradona (Napoli) and his younger brother (Ascoli), Gullit and van Basten (Milan), Boniek and Voeller (Roma), Briegel and Toninho Cerezo (Sampdoria), Passarella (Inter), Rush and Laudrup (Juventus), Polster (Torino), Diaz (Fiorentina), Elkjaer and Berthold (Verona), Casagrande (Ascoli), Corneliusson and Borghi (Como), Junior and Sliskovic (Pescara), Dunga (Pisa), Schachner (Avellino) – and that without mentioning Italian stars, among which young Baggio was already seen. And the star players had star coaches: Boskov (Sampdoria), Liedholm (Roma), Trapattoni (Inter), Eriksson (Fiorentina). Very tough championship indeed and the decision of the Italian Federation to increase the league seemed right and timely – especially in view of the new leader of the country, pulling the whole ahead with great speed to new heights: the comeback of Milan was extremely exciting. A great team and new great coach, a project for long-lasting future shaping the whole continental football too. The very strong teams were 8, yet two of them soared above such tough competition and fought for the title – Napoli and Milan. Maradona vs Gullit and van Basten. At the bottom there was also tough battle for survival – only 2 teams were going down, because of the league’s enlargement, but still… the league was somewhat divided in two halves: 8 very strong teams and 8 fighting for survival. A matter of 3 points between relegation and 9th place, as the final table shows. Of course, the dark side of Italian football was very much alive too… 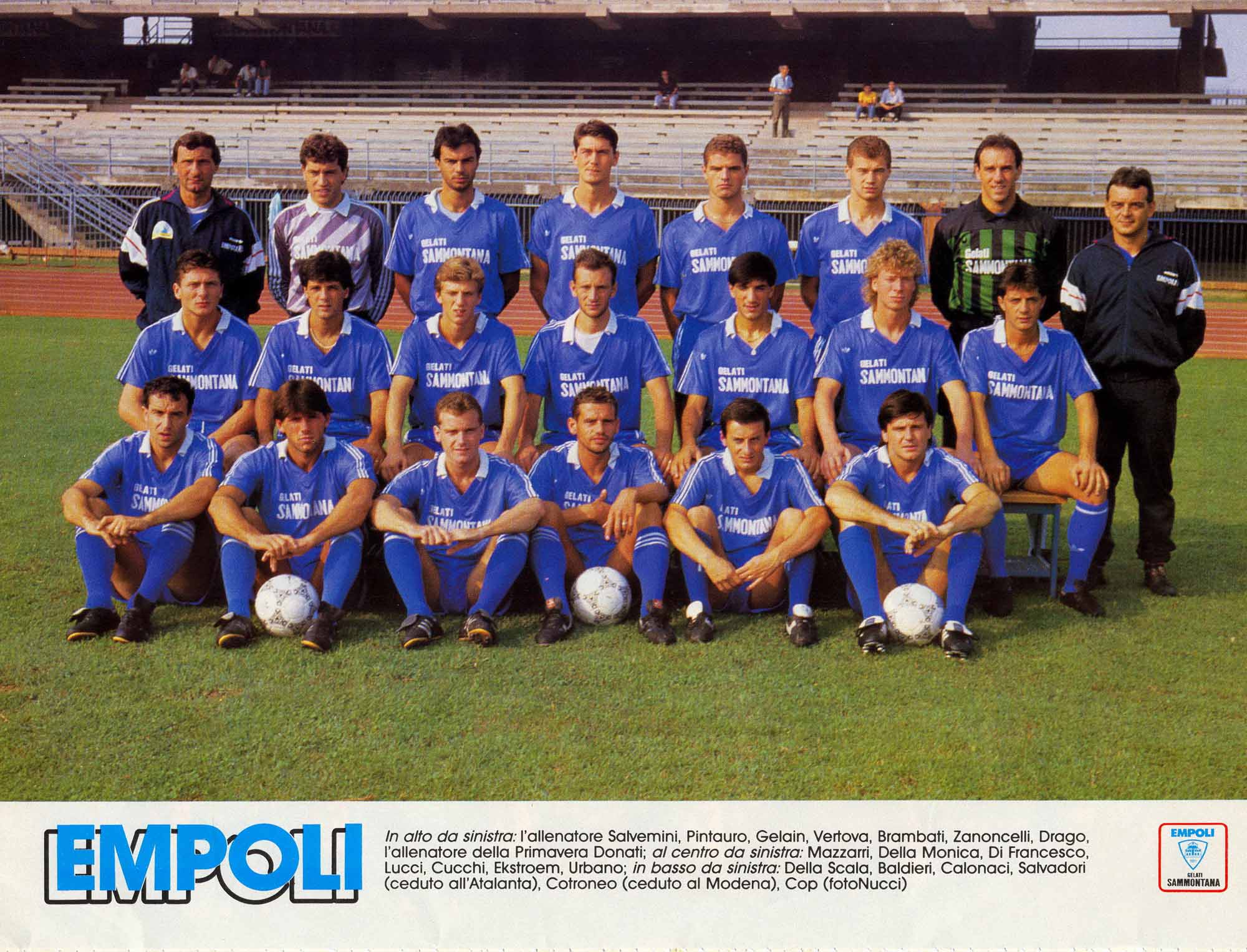 Empoli was last and out with 20 points. Normally, they would have survived, but 5 points were deducted from their record and that place them last. All habits never die – Empoli did something illegal, was caught and punished. 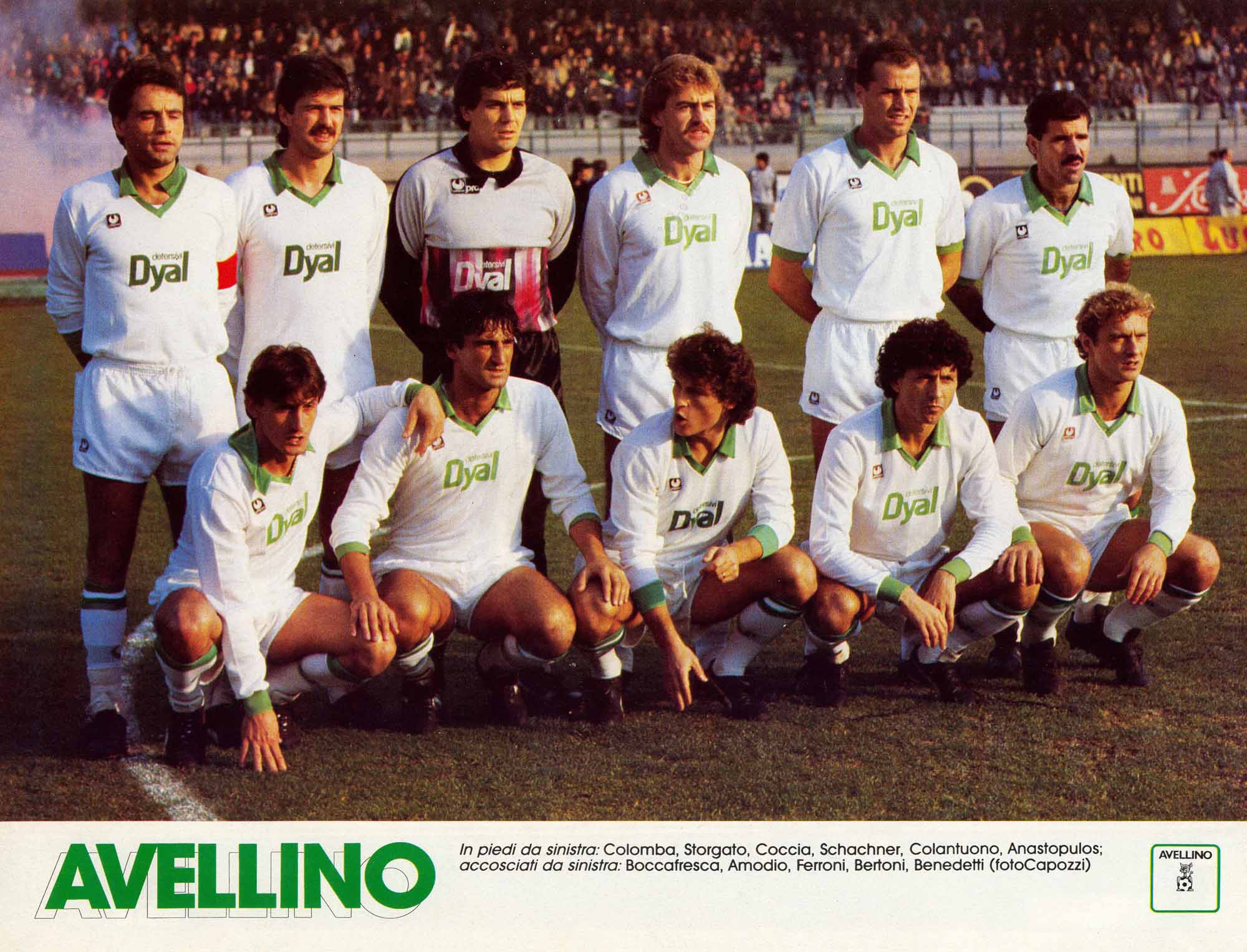 No comfort – Avellino was elevated above Empoli because of their punishment, but still they were relegated – 15th with 23 points. 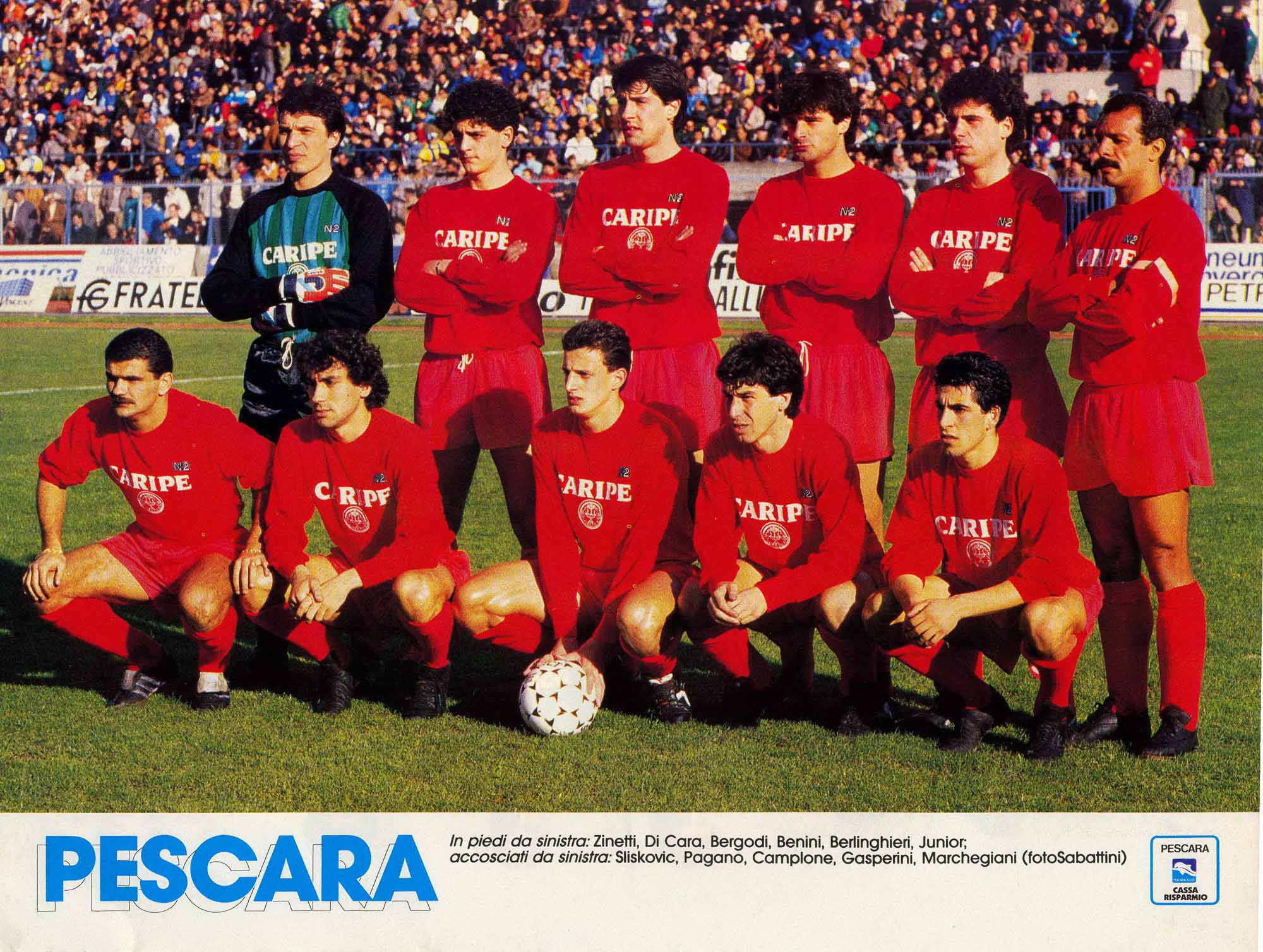 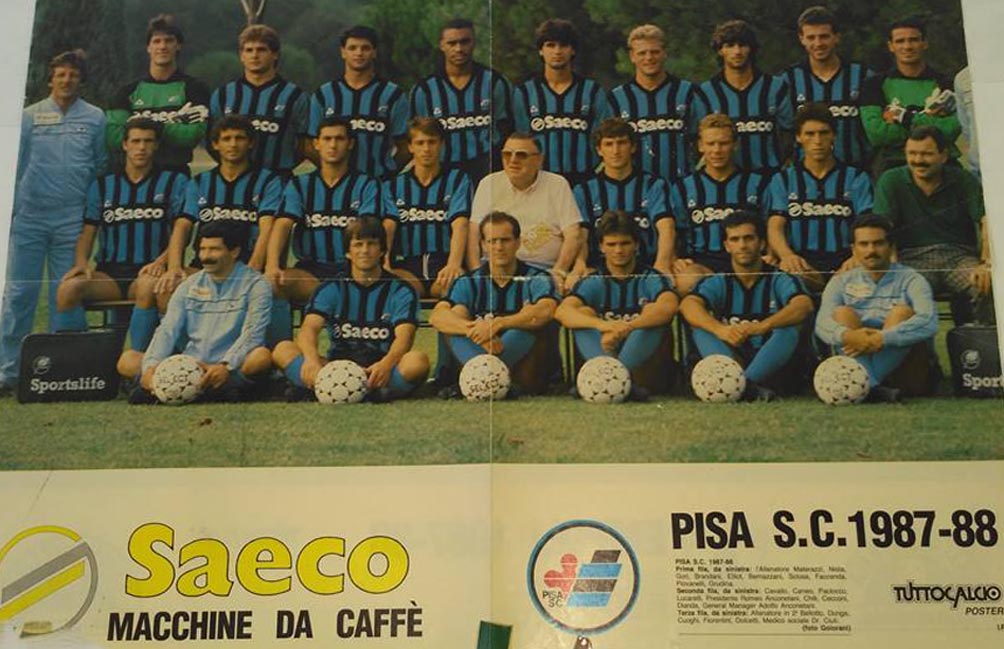 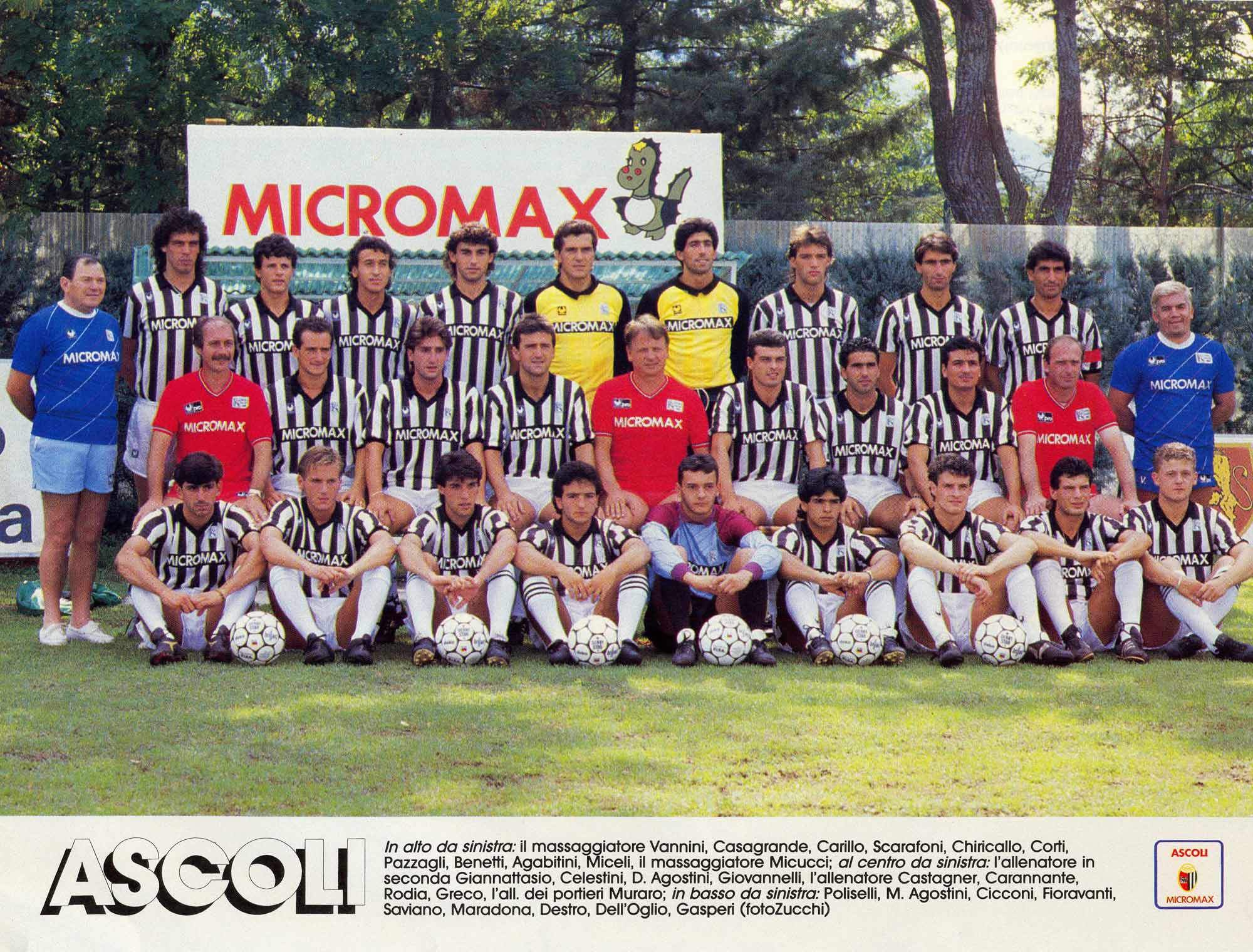 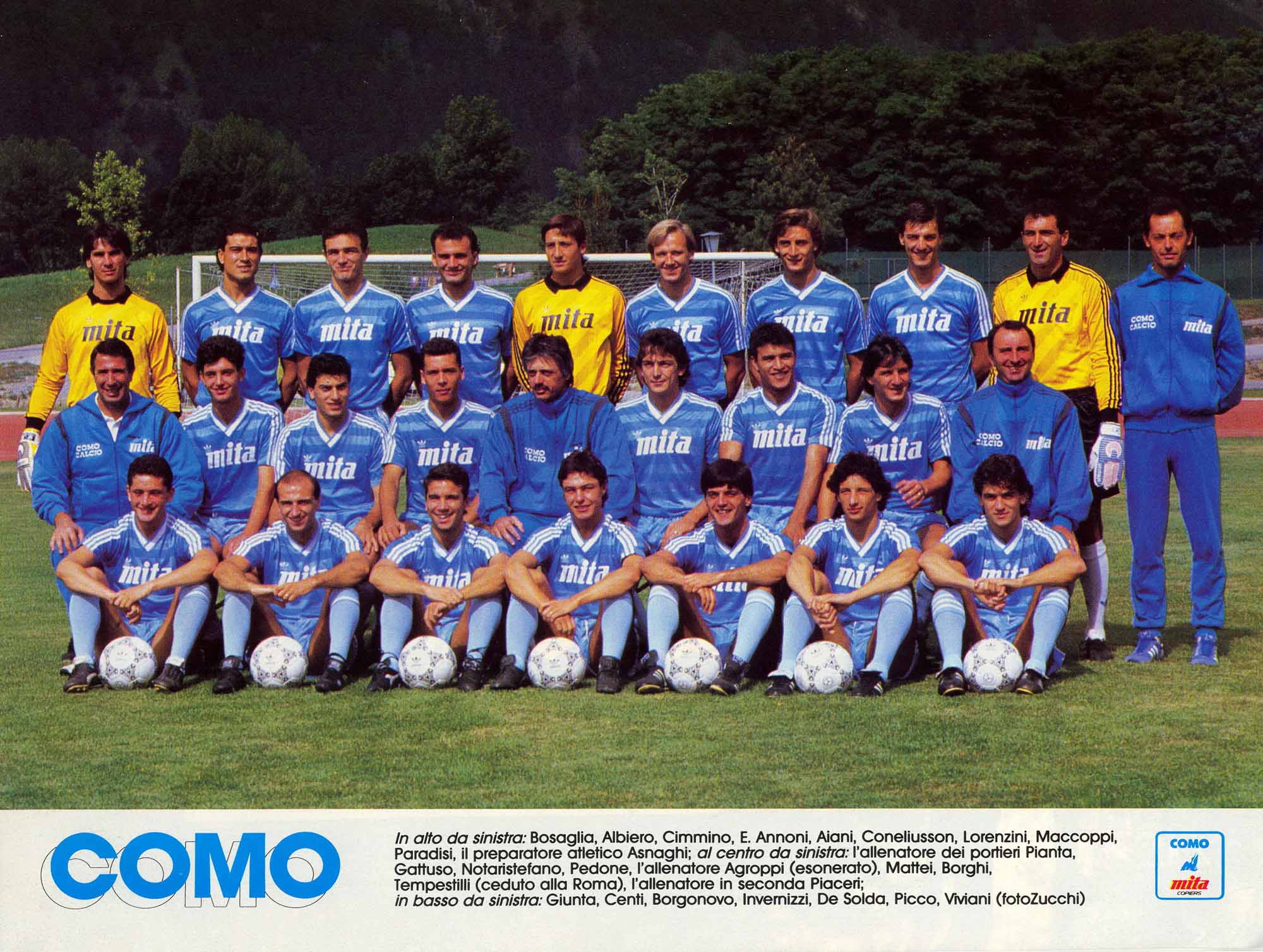 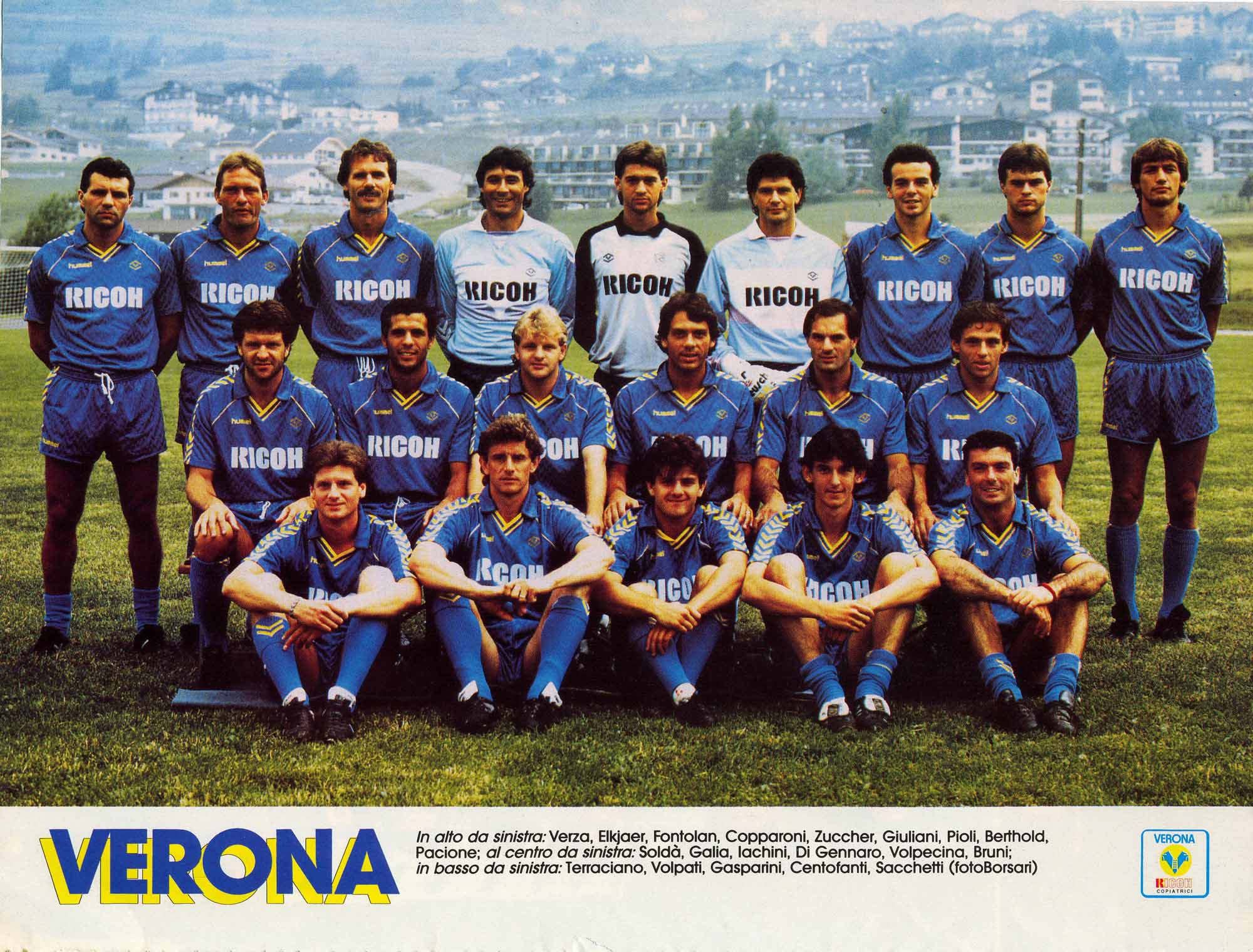 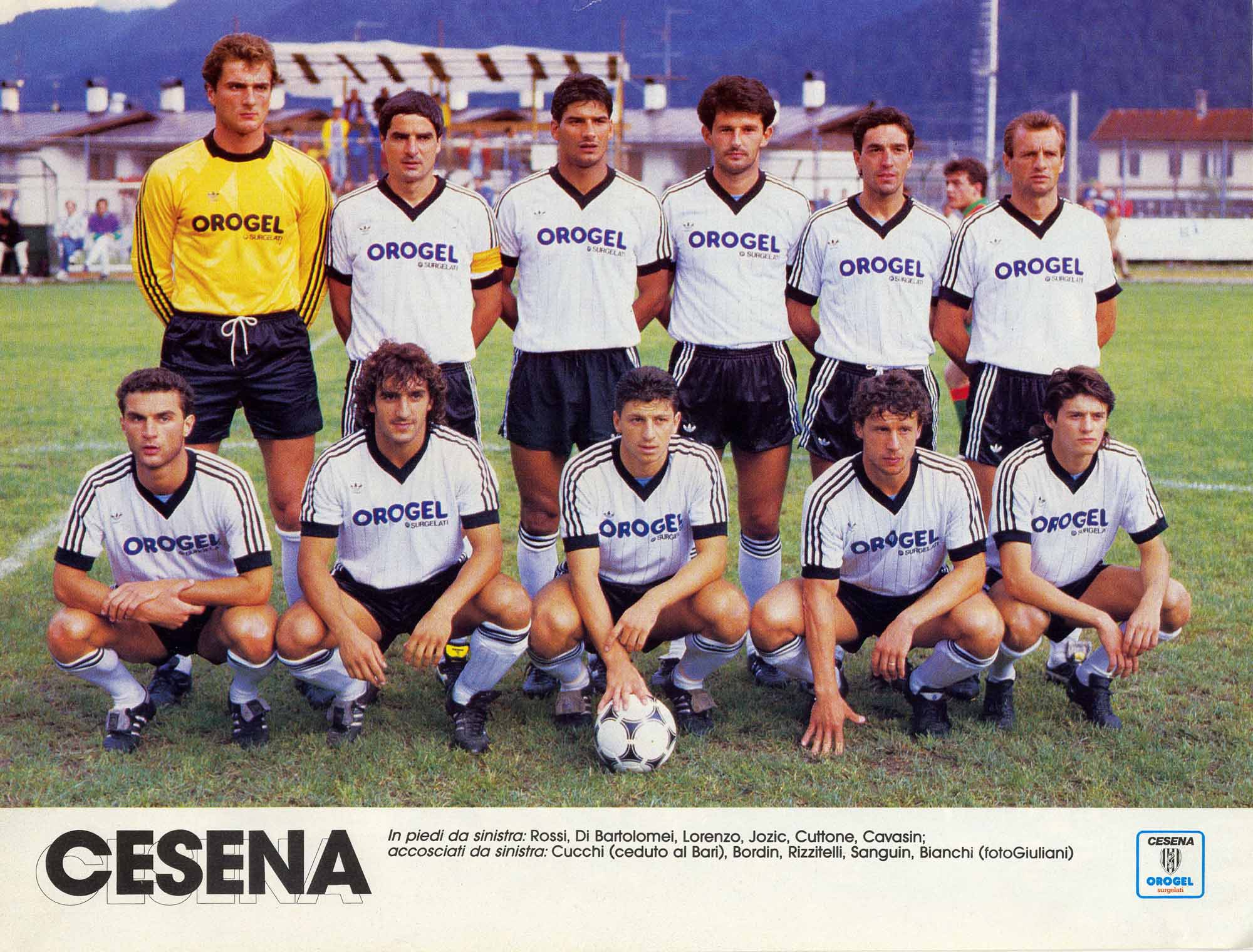 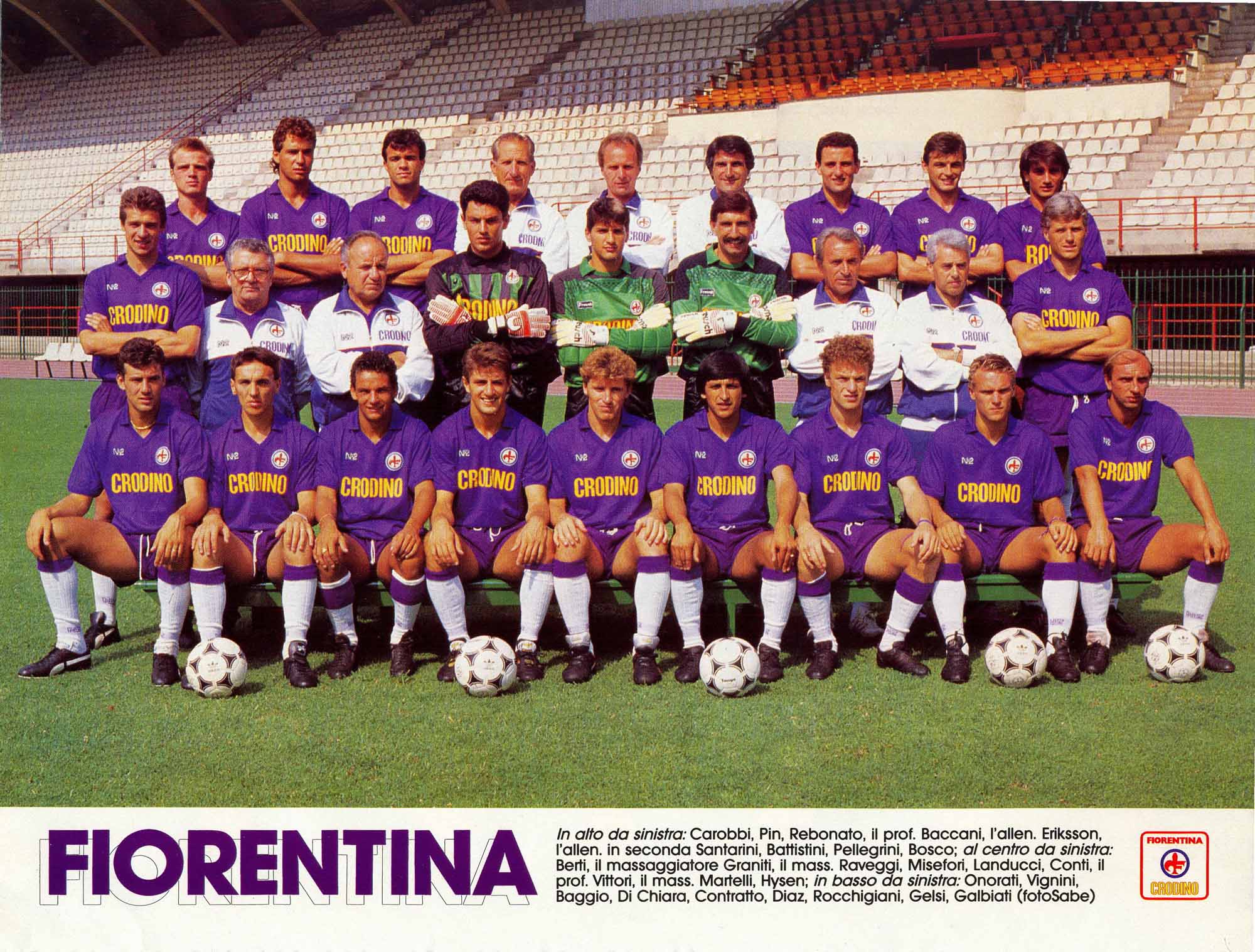 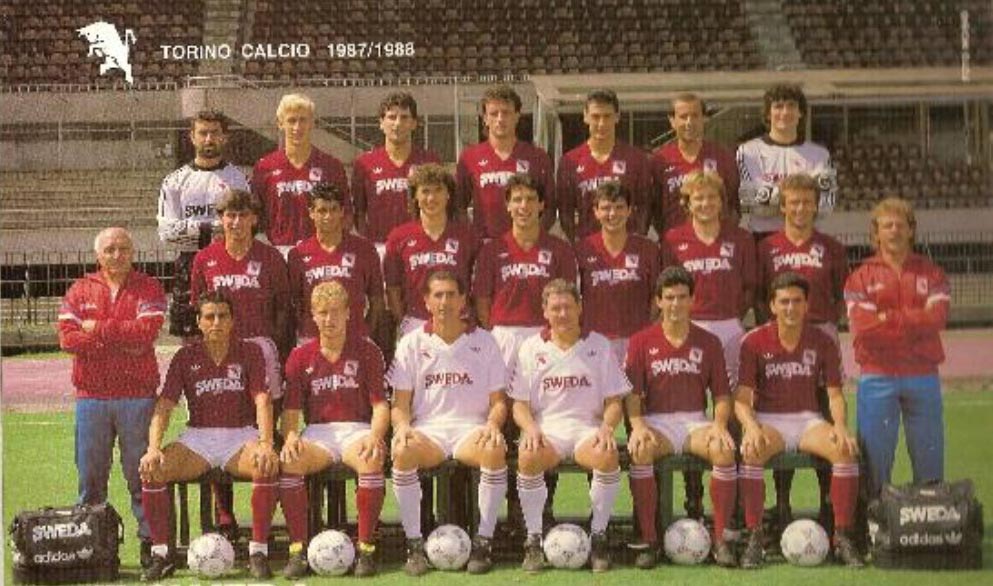 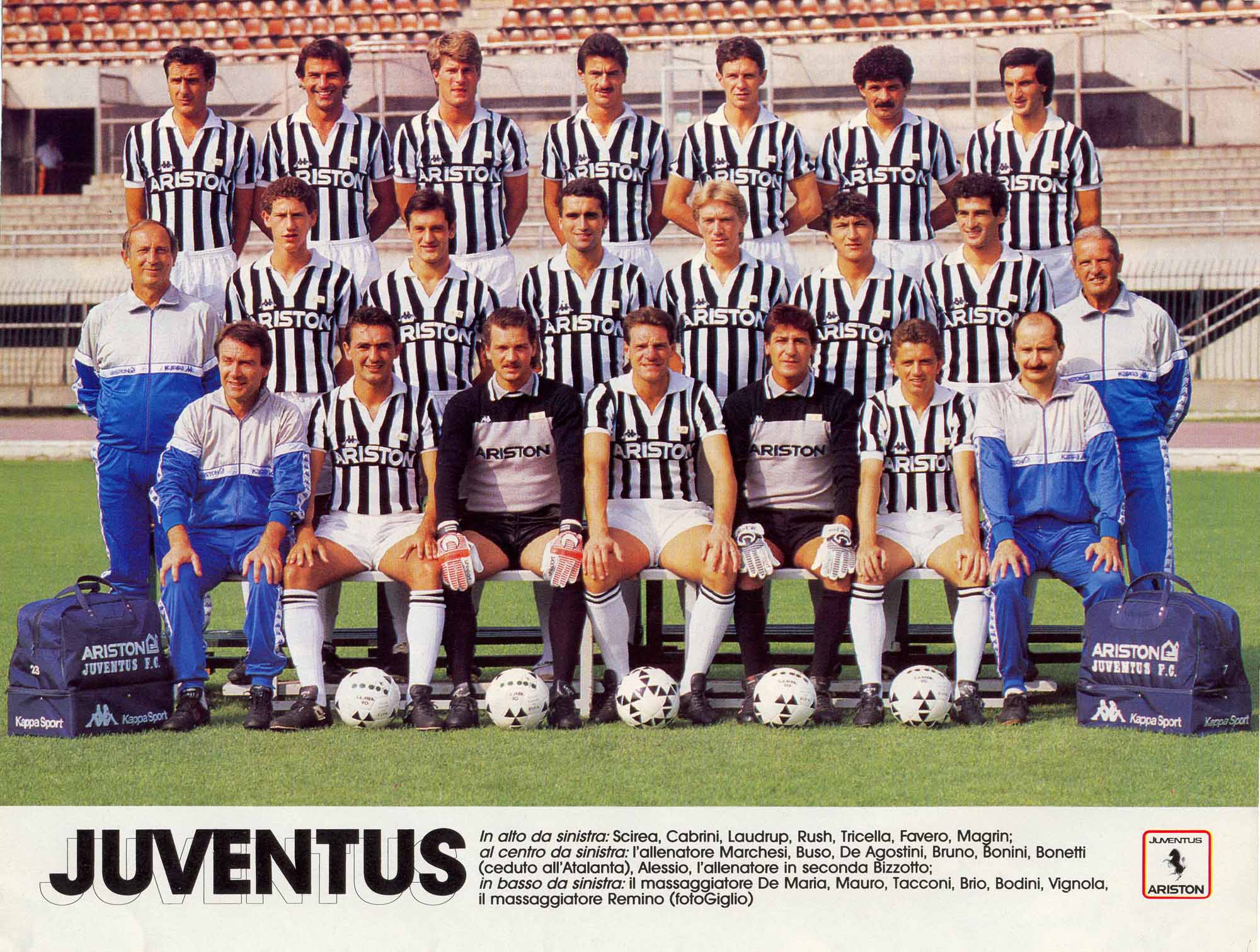 Juventus – 6th with 31 points. Had to play a playoff against city fellows Torino for the last Italian UEFA Cup spot and only penalty shootout clinched it for them. 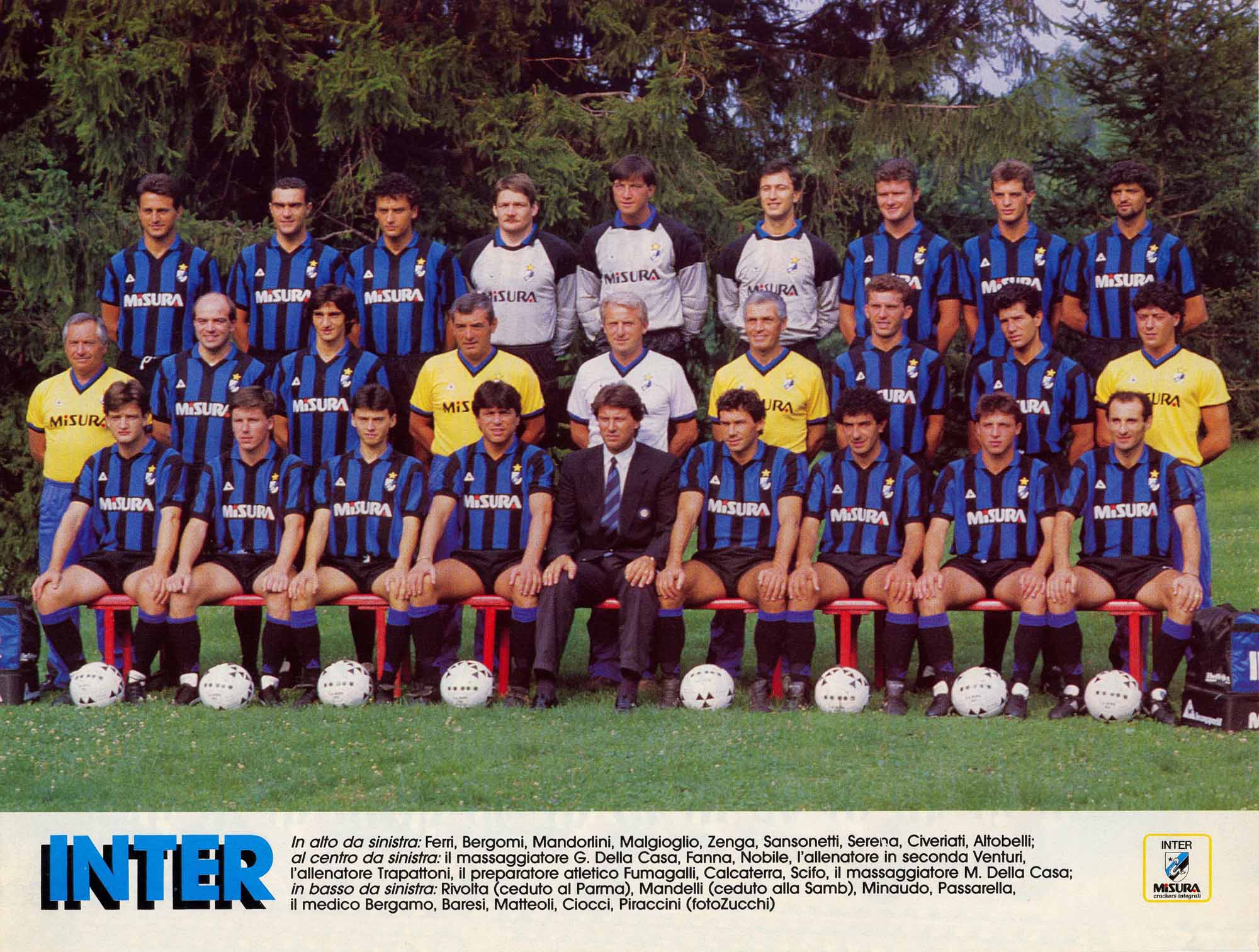 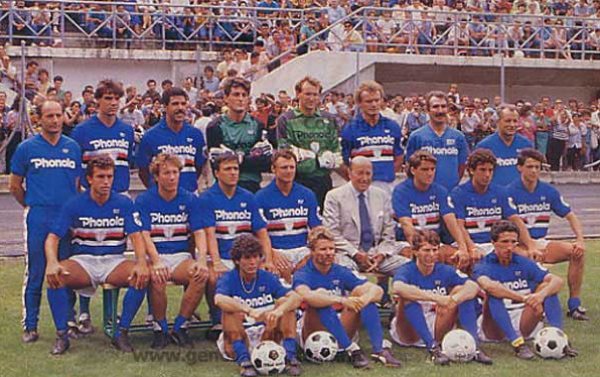 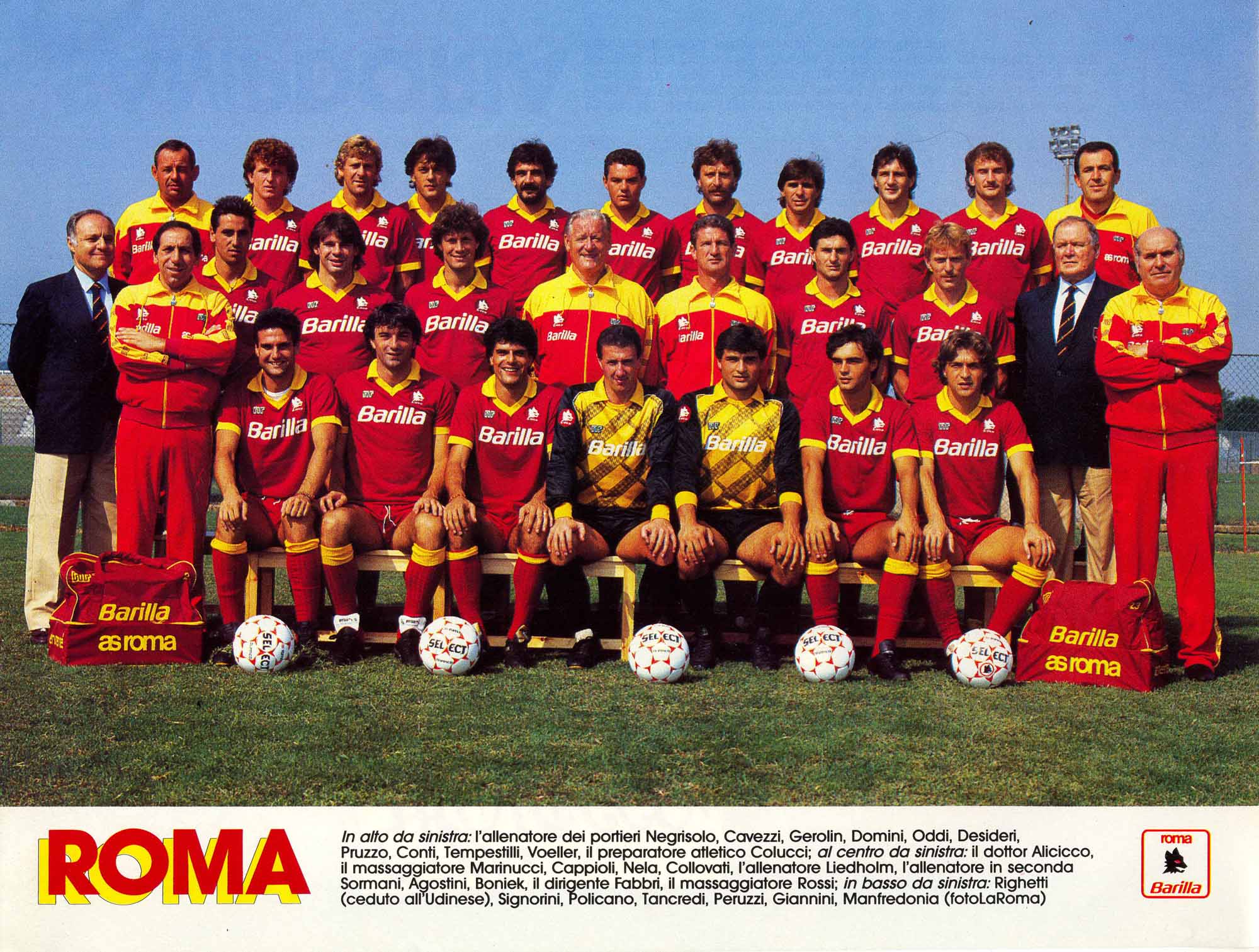 Roma – 3rd with 38 points. Not a title contender really, but strong anyway. 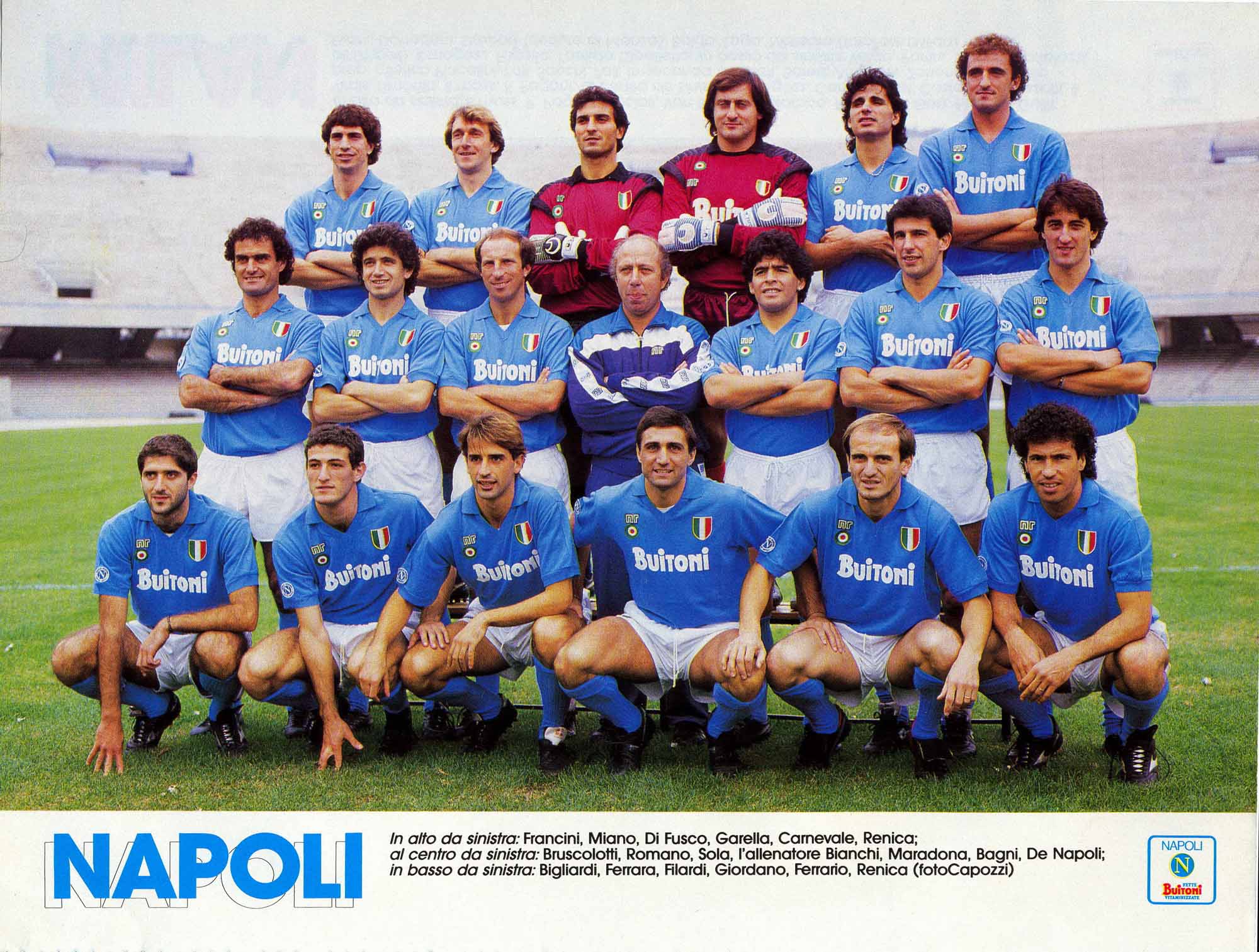 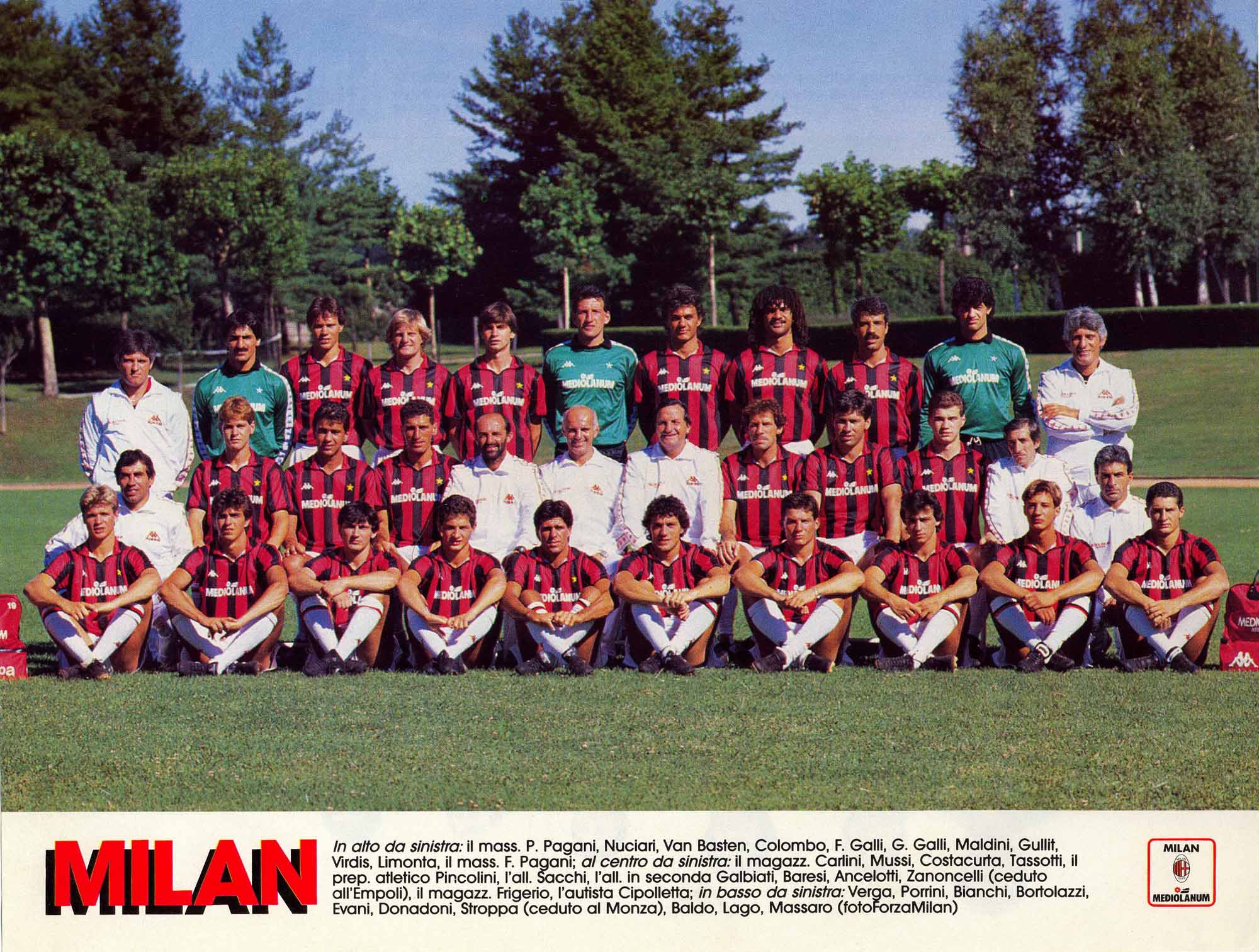 Milan – coming back at last after years of disgrace and suffering. The story is well known and noticed right on time: flamboyant big owner pouring big money. Alone, money may work, but also may not – it depends a lot on coach and chemistry. Arrigo Sacchi was a great find: relatively unknown, but visionary coach, who managed to translate money into class. Milan had excellent season and won the title with 17 wins, 11 ties, and only 2 lost games. 43-14 goal-difference and 45 points – 3 more than rivals Napoli. Milan did not lose a single match on the road – their lost games happened at home. Impeccable defense, allowing less than a goal-per-game average – that was in line with Italian tradition – but not so great scorers: second best in the league, outscored only by Napoli, but 43 goals in 30 games is not impressive. That again fells right into Italian tradition as numbers go, but since Milan professed attacking football the record is puzzling. Most likely it was a result of the new approach of Sacchi plus van Basten missing 2/3 of the season – he played only 11 games. And it was still somewhat unfinished team – the full bloom was yet to come, part of it would be the increased number of foreigners allowed to play. The big clubs were pushing for that and 3 foreigners will play soon, but not this season. But the great new Milan was almost completed – it was somewhat short team yet, but most key players were already there: Gullit, van Basten, Maldini, Donadoni, Ancelotti. Costacurta was still rarely used reserve. Polishing of the squad to perfection was still in the future, but the most important thing at the moment was to recover leading position and that was done: Milan won its 11th title and their 1st since ill-fated 1979. That’s chronologically – since they were stripped from the 1979 title after found guilty of bribing and match-fixing, it was 10th title and first since 1968. Great recovery of success and pride, but there was still work to be done: Milan never won two consecutive titles. Their strongest decade so far was the 1950s and after 1962 painful period started in which a single title came once in 10 years – in 1968, then 1979, then 1988. Was it going to chance? Especially in such competitive time with 6-7 very strong teams around? The team had the potential and the money – there was hope.