Copa del Rey. Mighty Real was not up for a double – bitter rivals contested the trophy: Barcelona and Real Sociedad. Both with big ambition, especially after seeing that the championship was lost. A British coaching derby too: Toshack vs Venables. Toshack really flourished in San Sebastian, Venables suffered in Barcelona, but he had classier team and Barcelona prevailed in the final 1-0. Alexanko scored the winning goal in the 61st minute. 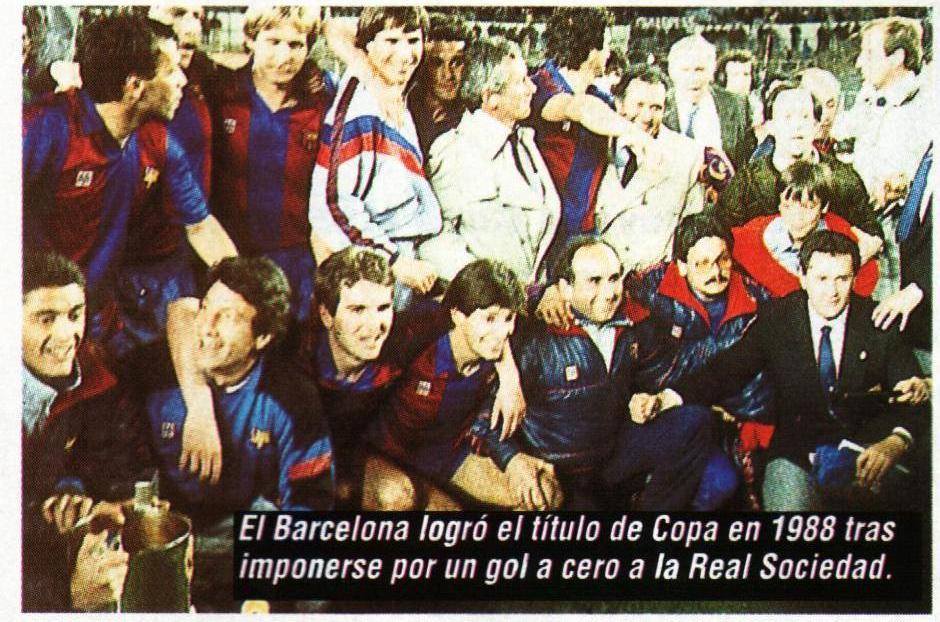 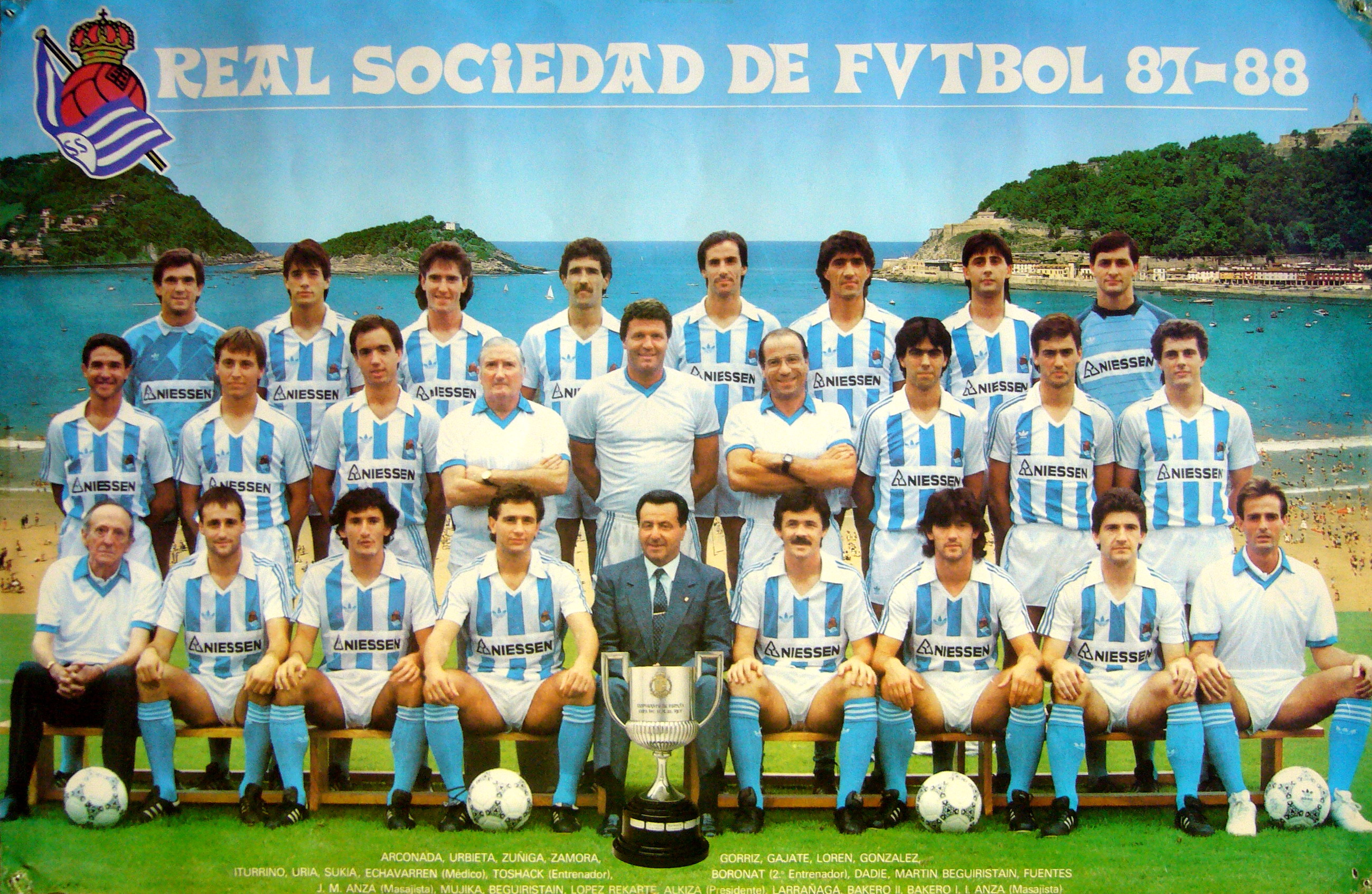 One can be sorry for Real Sociedad – largely because they had few trophies and would have been great to add one more. The squad was still good, Toshack was doing wonderful job with the team – but no luck. To a point, it was a matter of limited resources – compared to those of Real Madrid, Barcelona, and Atletico Madrid. Real Sociedad depended largely on home grown talent and it was not endless well – frankly, Real Sociedad was unable to recruit more great players and pretty much depended on the same team for years now. And predatory big clubs were eyeing some of the stars. 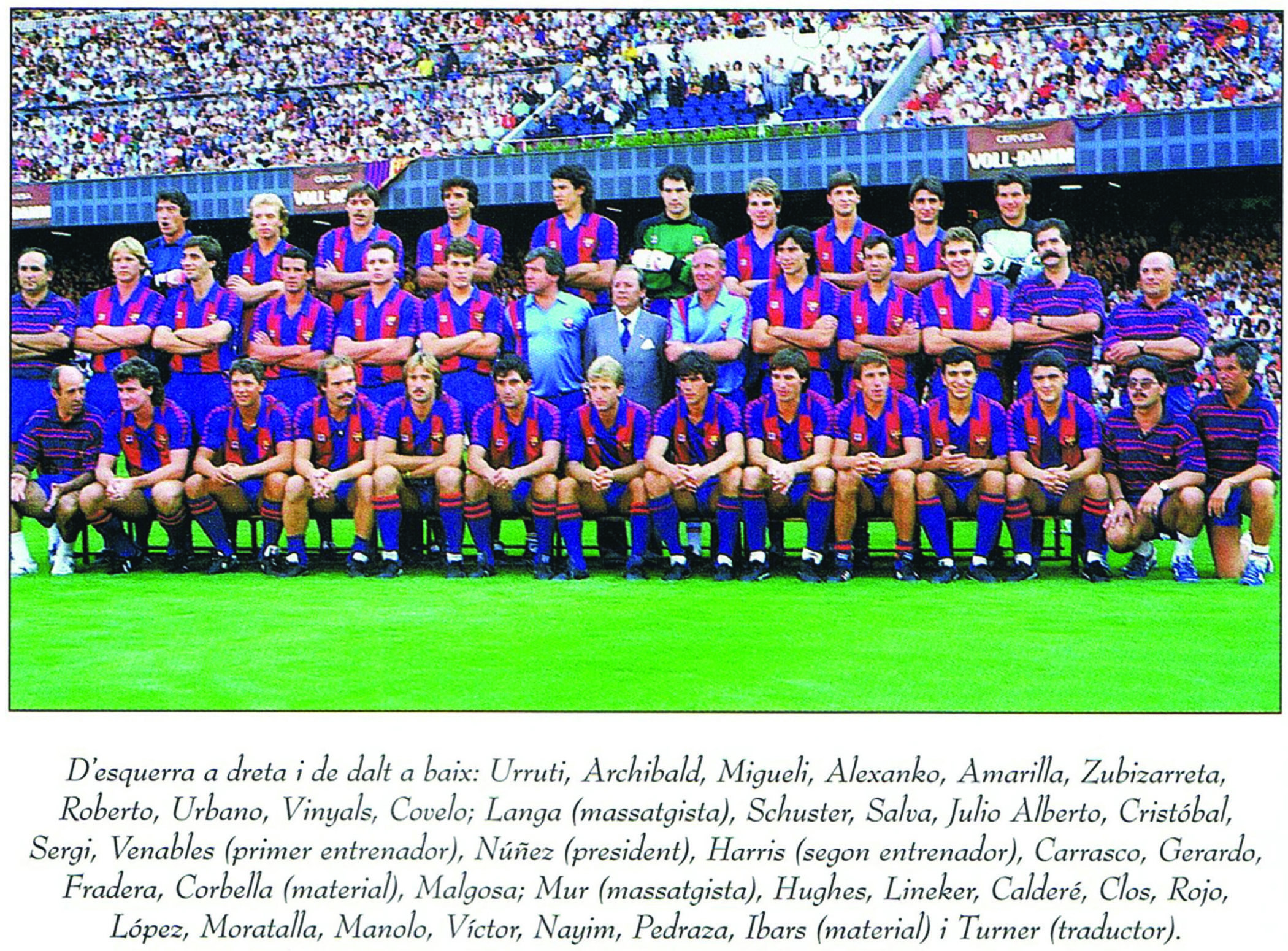 Barcelona saved the season with a trophy and they the Kings of Cups – this was their 21st. But Cups were no championship titles… The project led by Venables was ambitious – perhaps over ambitious, because there were too many foreigners: Schuster, Lineker, Archibald, Hughes, Nayim – more than foreigners employed by Real Madird! But the rules prohibited playing all of them in the same match, so why having that many? No wonder there were tensions and underperformance. Cup or no Cup, the coach was to be blamed and fired. Who else? Not president Nunez…