Second Division. 20 teams. The last 4 relegated to Segunda B, the top 2 directly promoted to First Division, the 3rd and 4th going to promotion/relegation play-offs against the 17th and 18th in Primera Division. Traditionally, second teams of top-league clubs played here – they could not play in the same league with their first team, so the rules stipulated that in case of second team finished in the promotion zone they were by-passed and the next in the table should go up – either directly or at least to the promotion/relegation play-offs. Second team finished at the top of the table before and so again this season. Nothing new. There was considerable battle for survival at the bottom – one team gave up rather early, but 7 teams fought to the end. At the top 5 teams contested 4 promotional spots – somewhat divided into 2 groups: two teams fought for 1st place and 3 for 2 play-off spots. Well, that was largely theoretical, as it turned out. 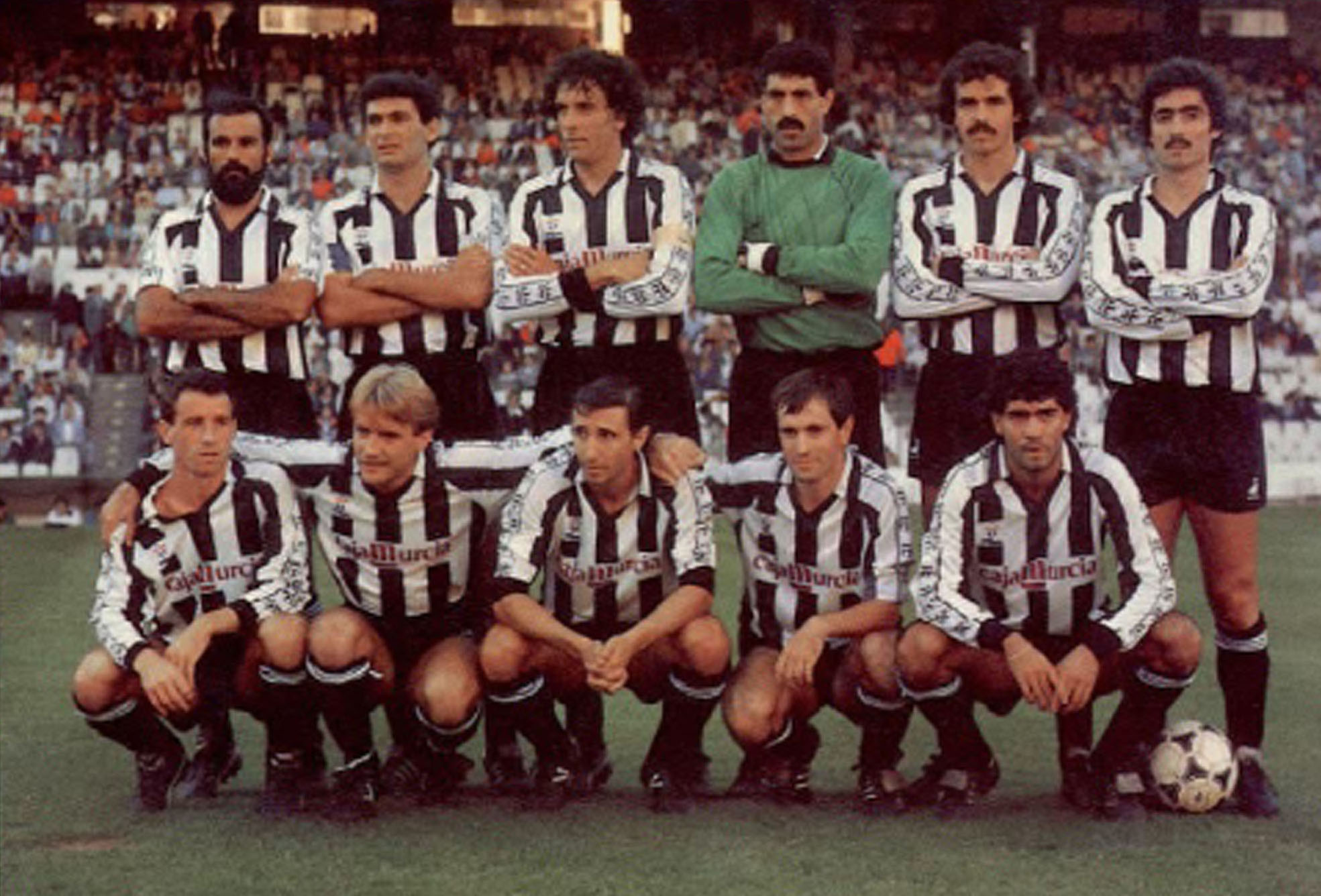 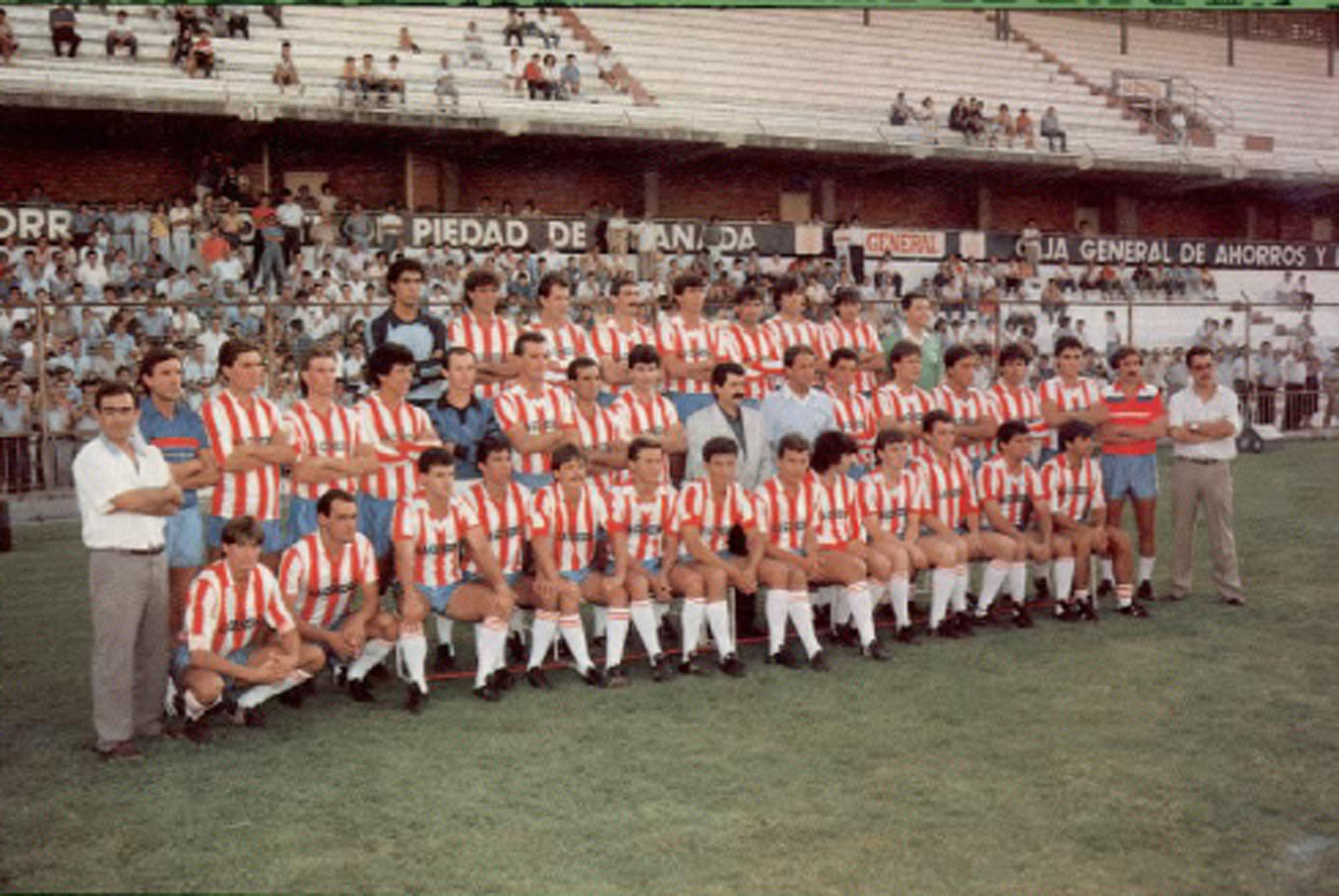 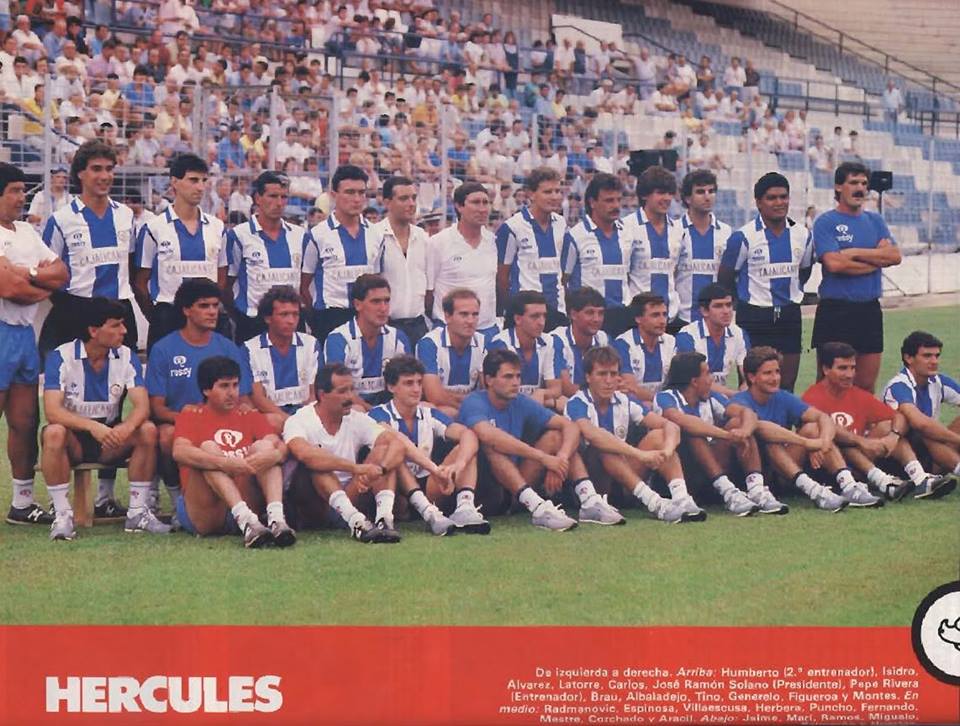 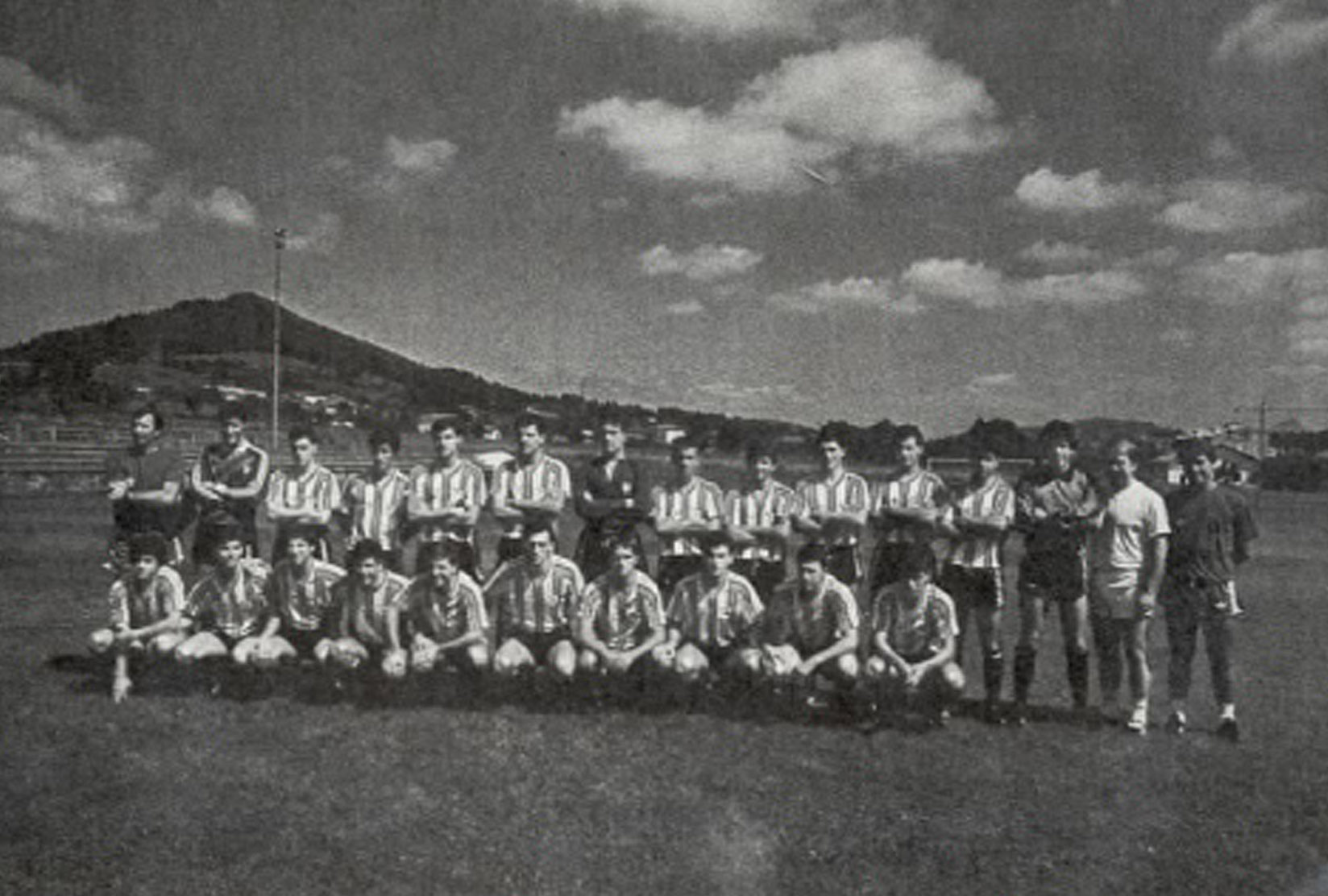 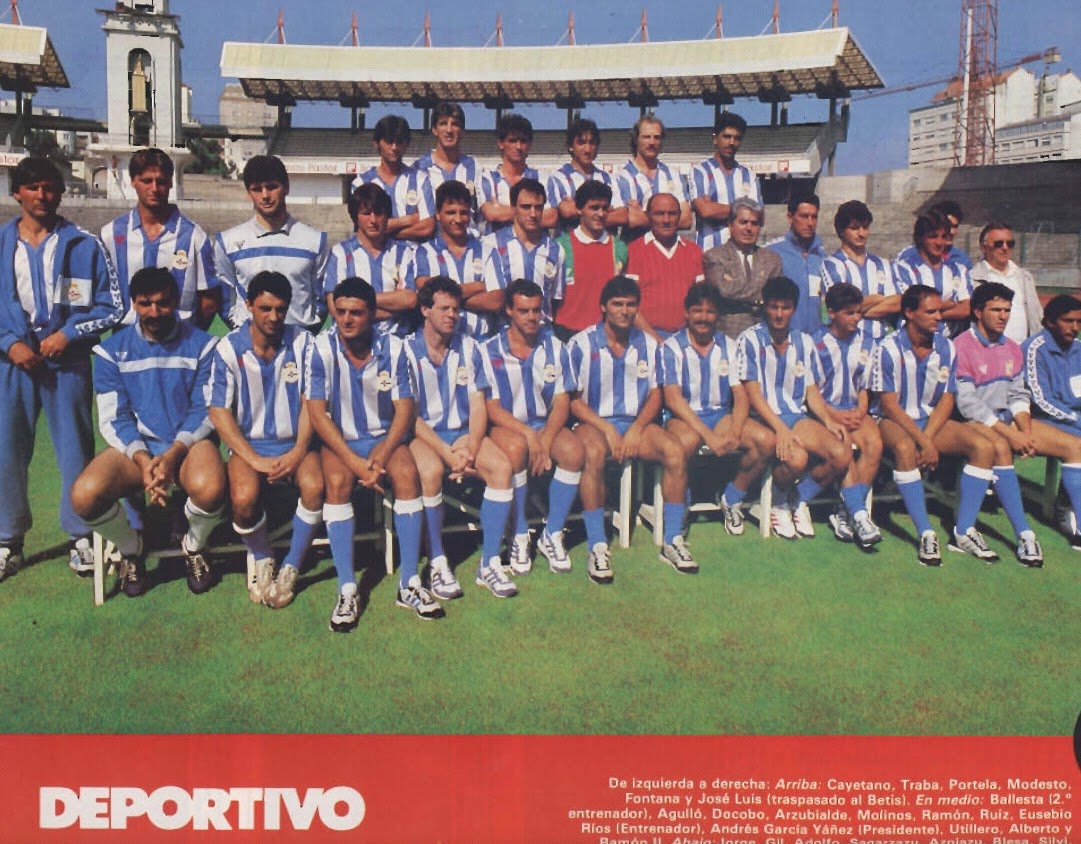 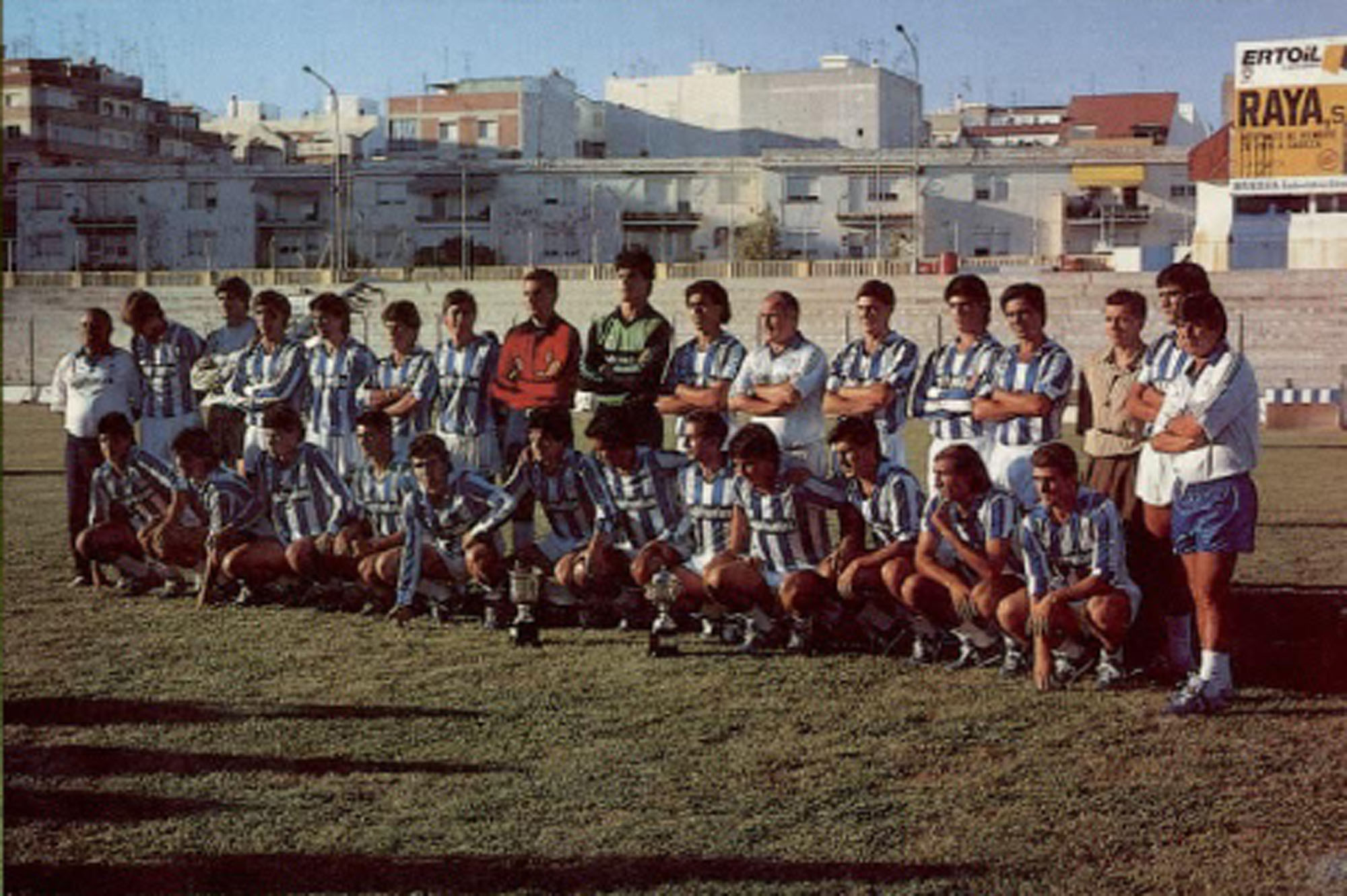 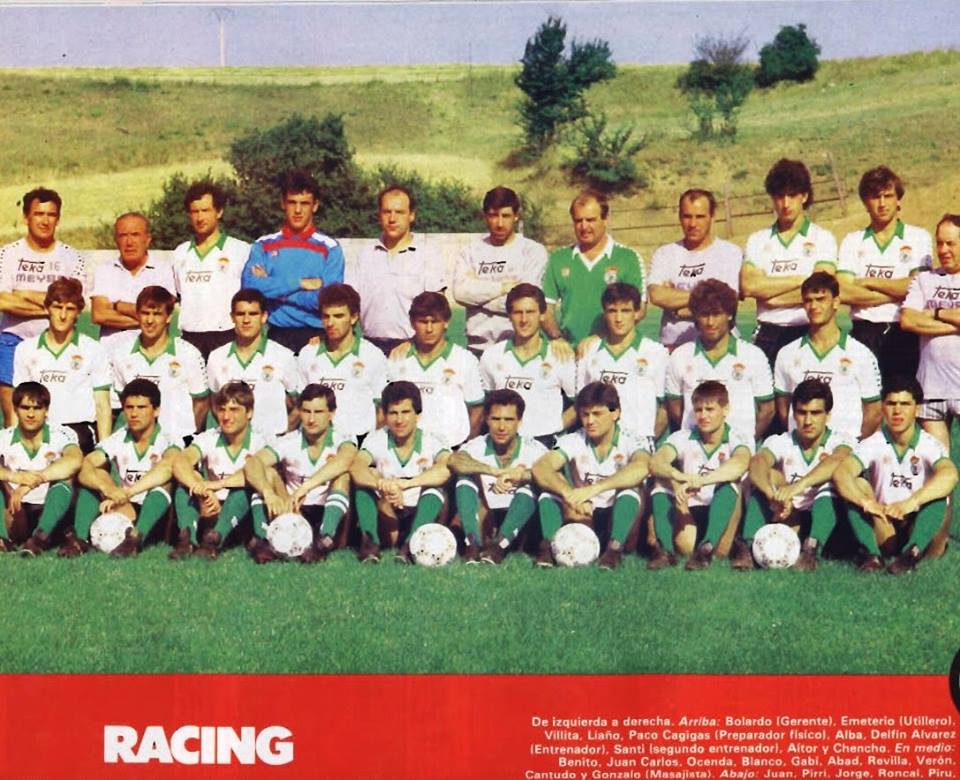 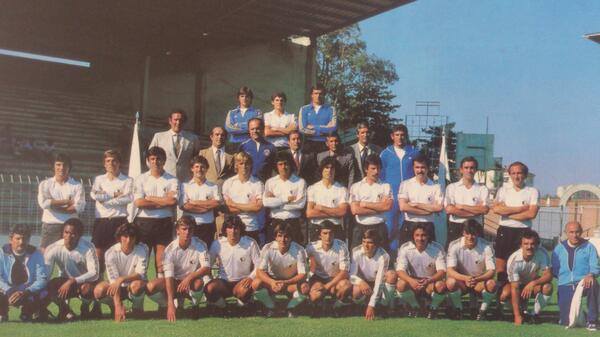 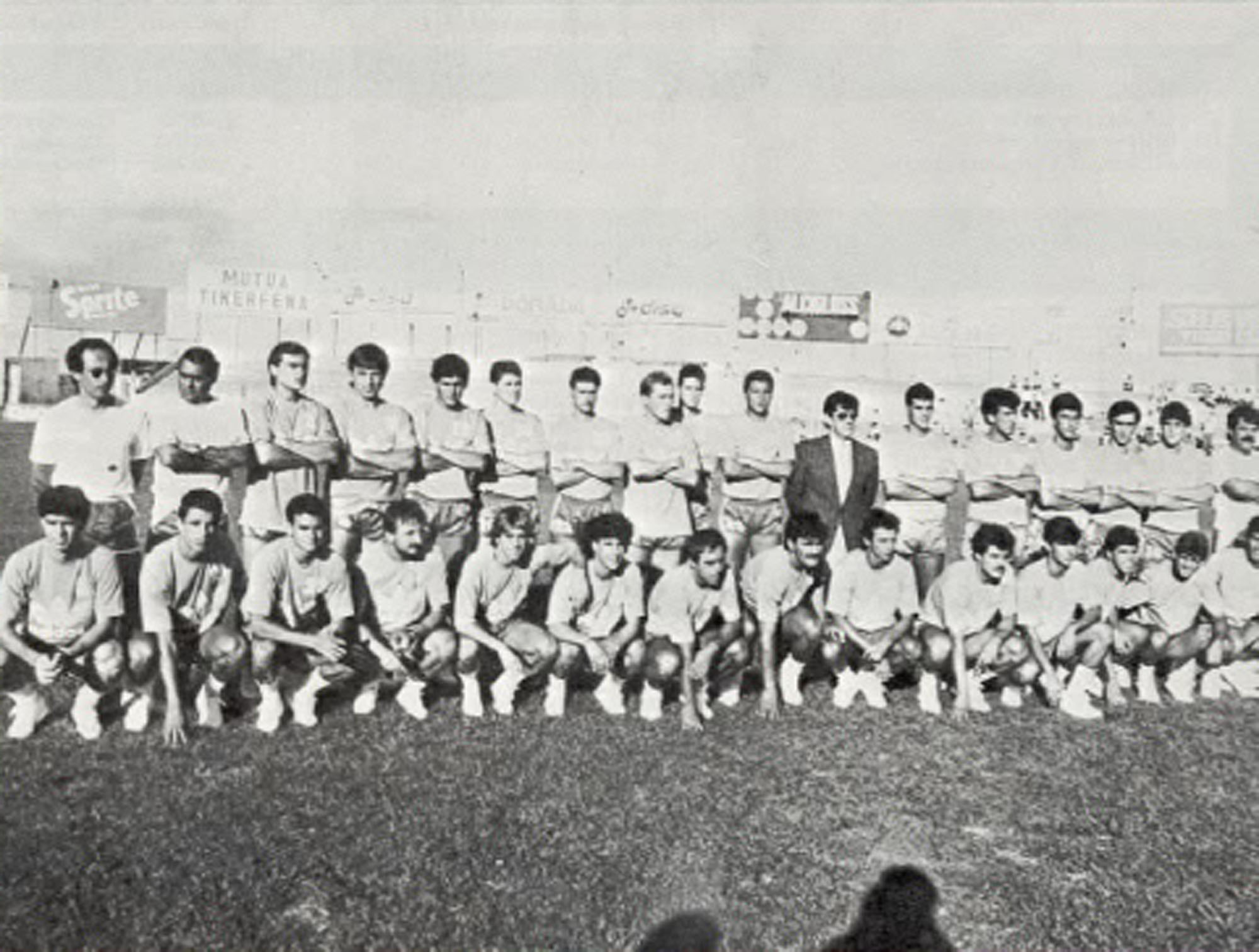 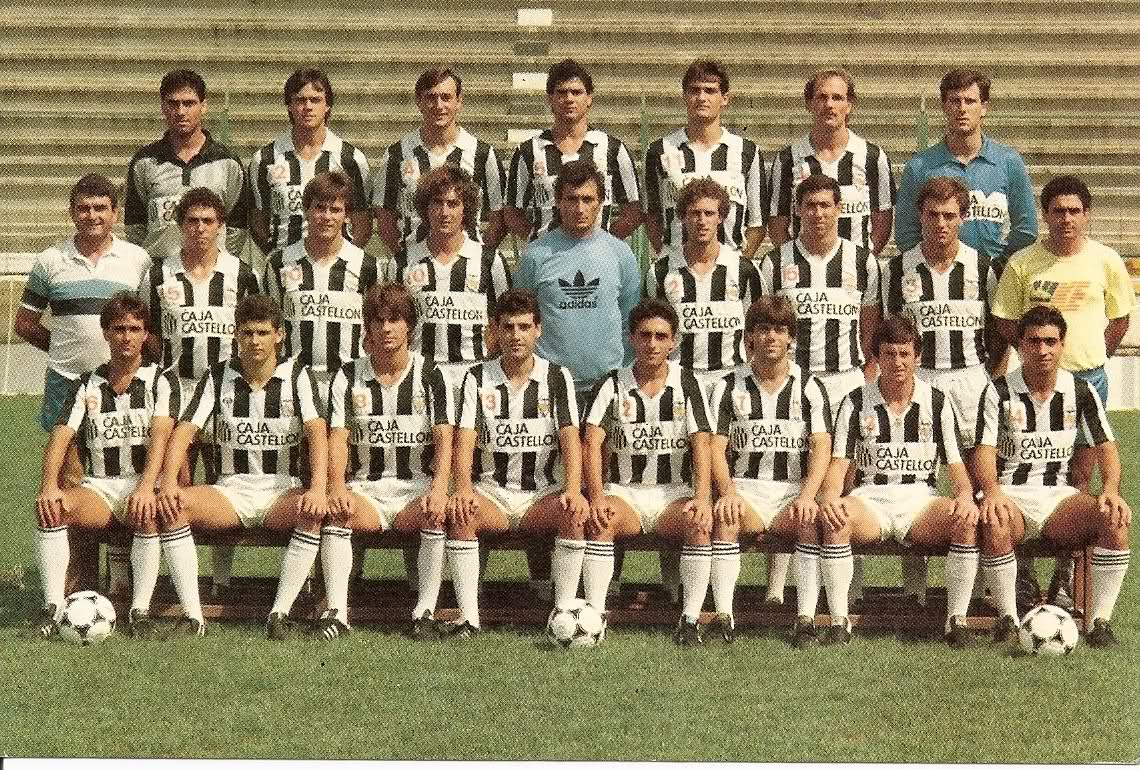 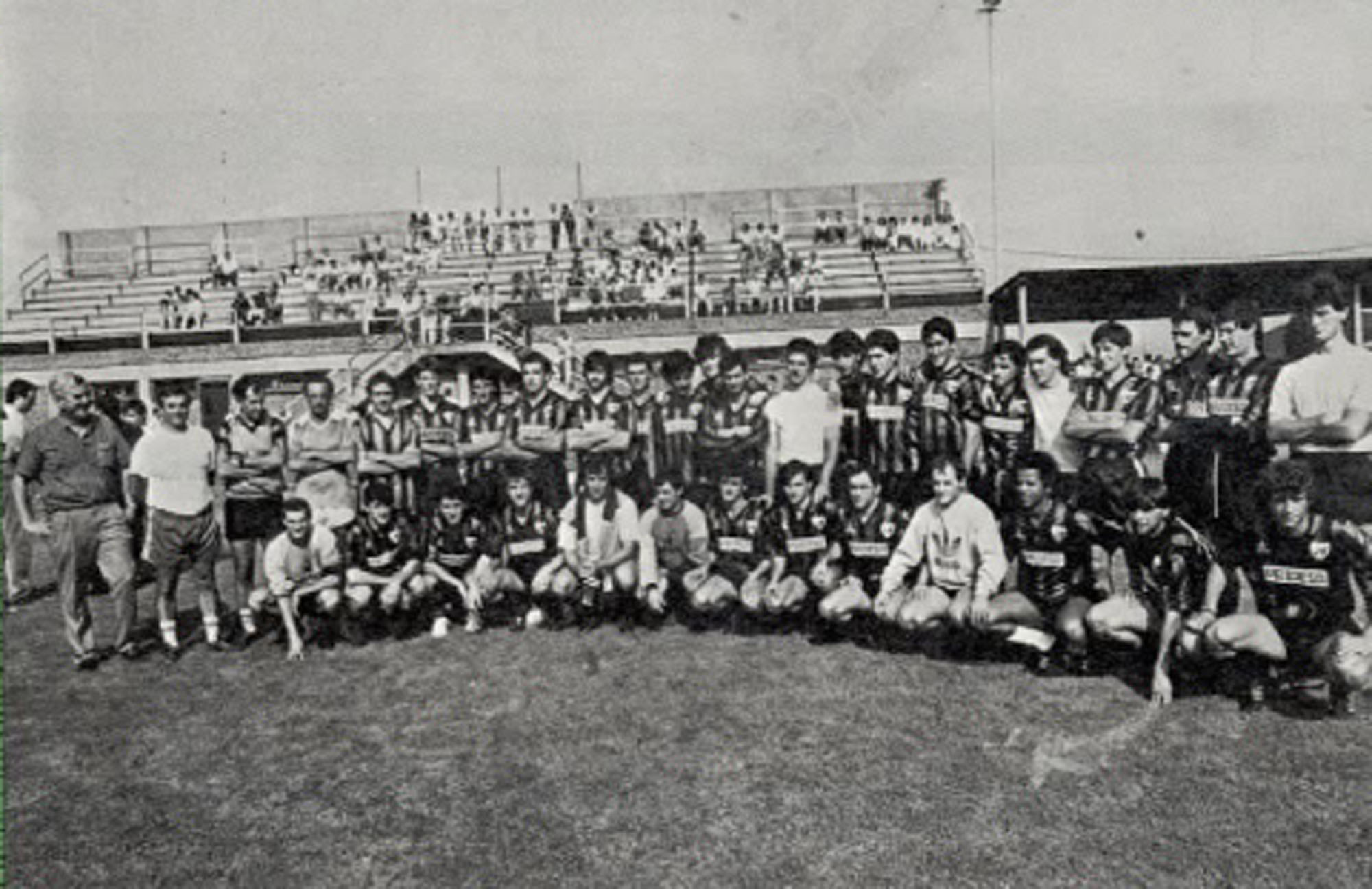 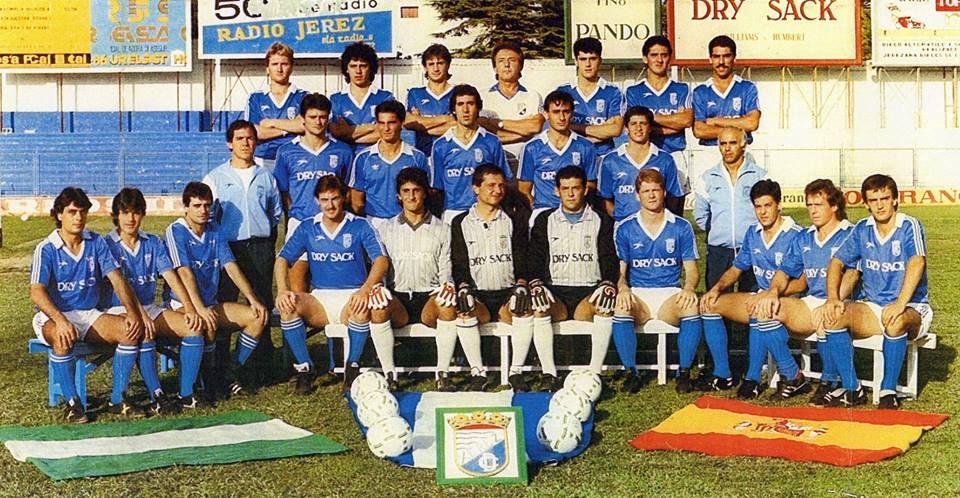 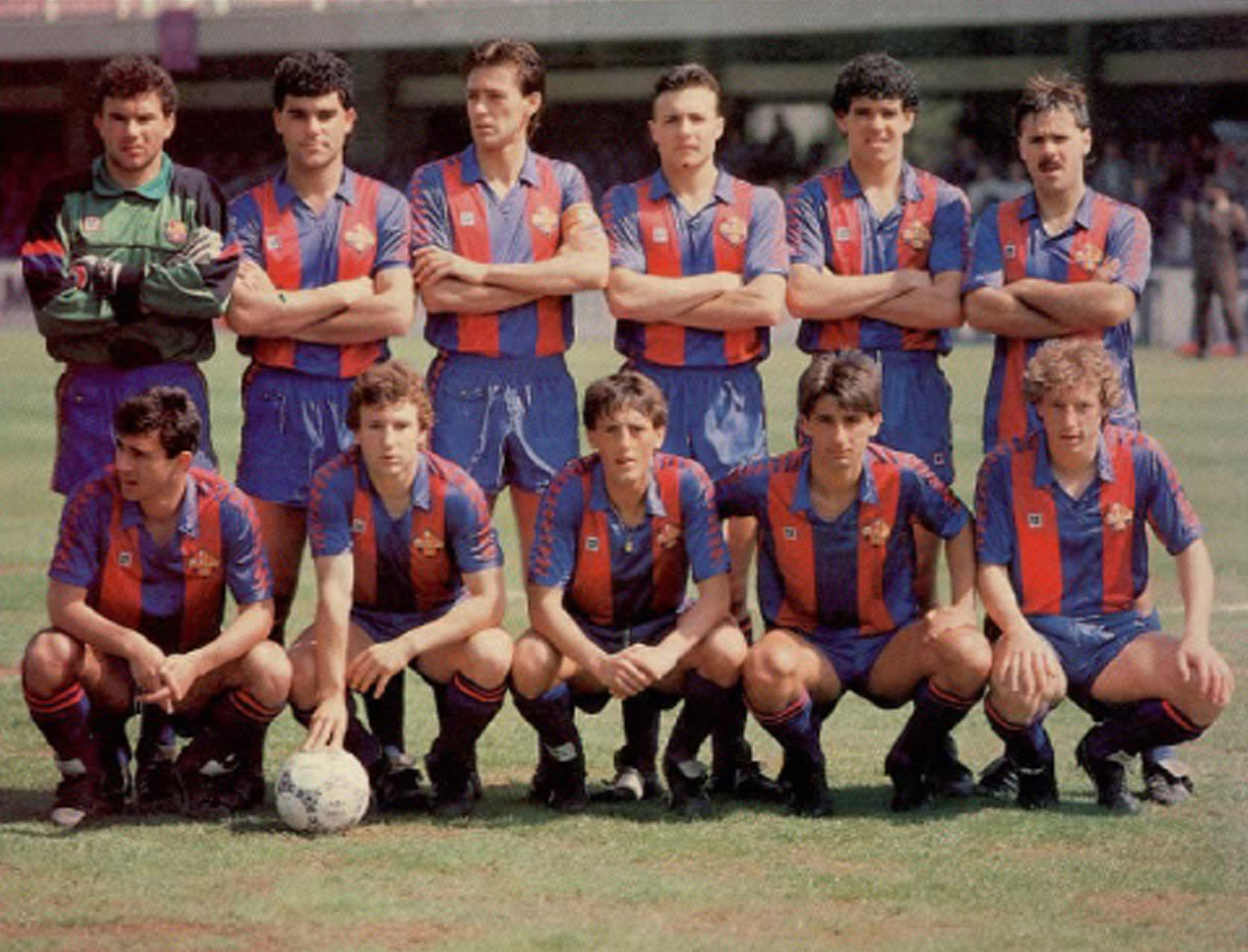 Barcelona Athletic – the second team of Barcelona – 8th with 41 points. 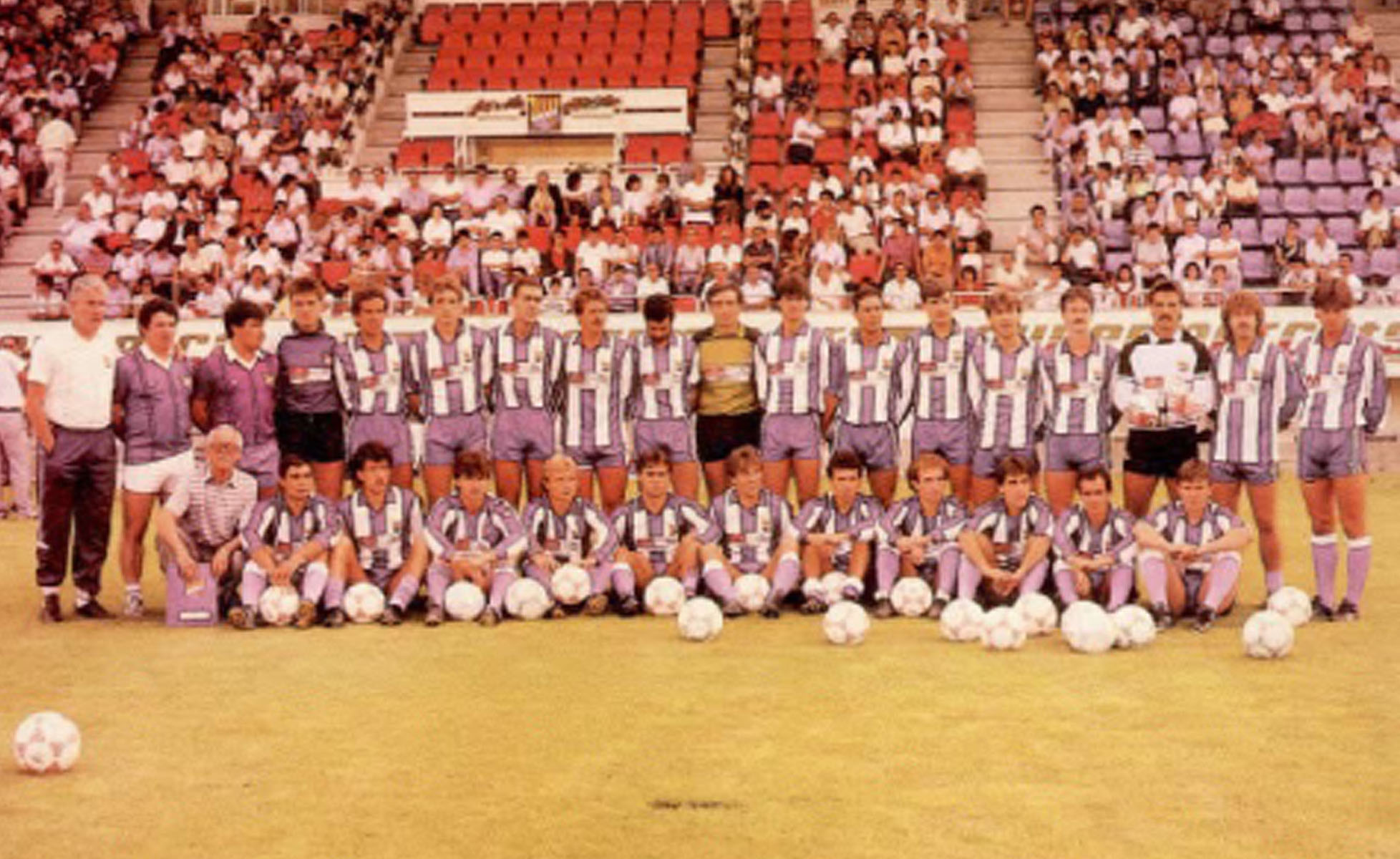 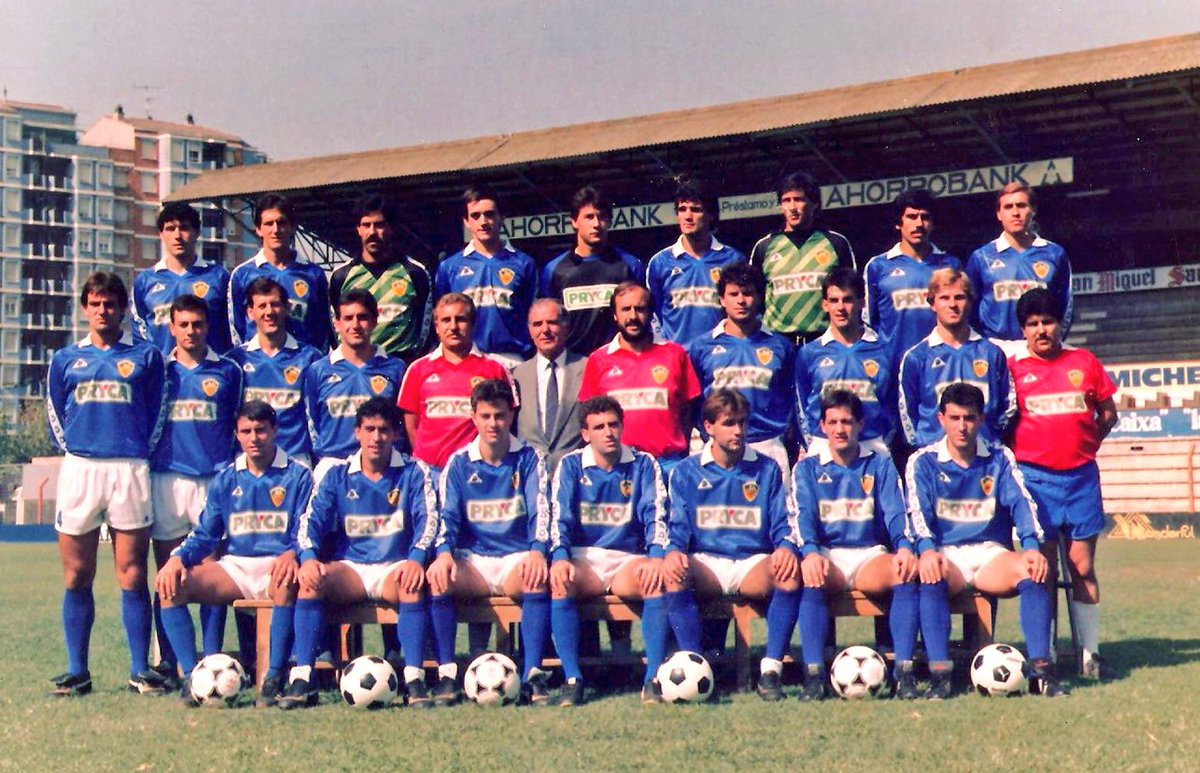 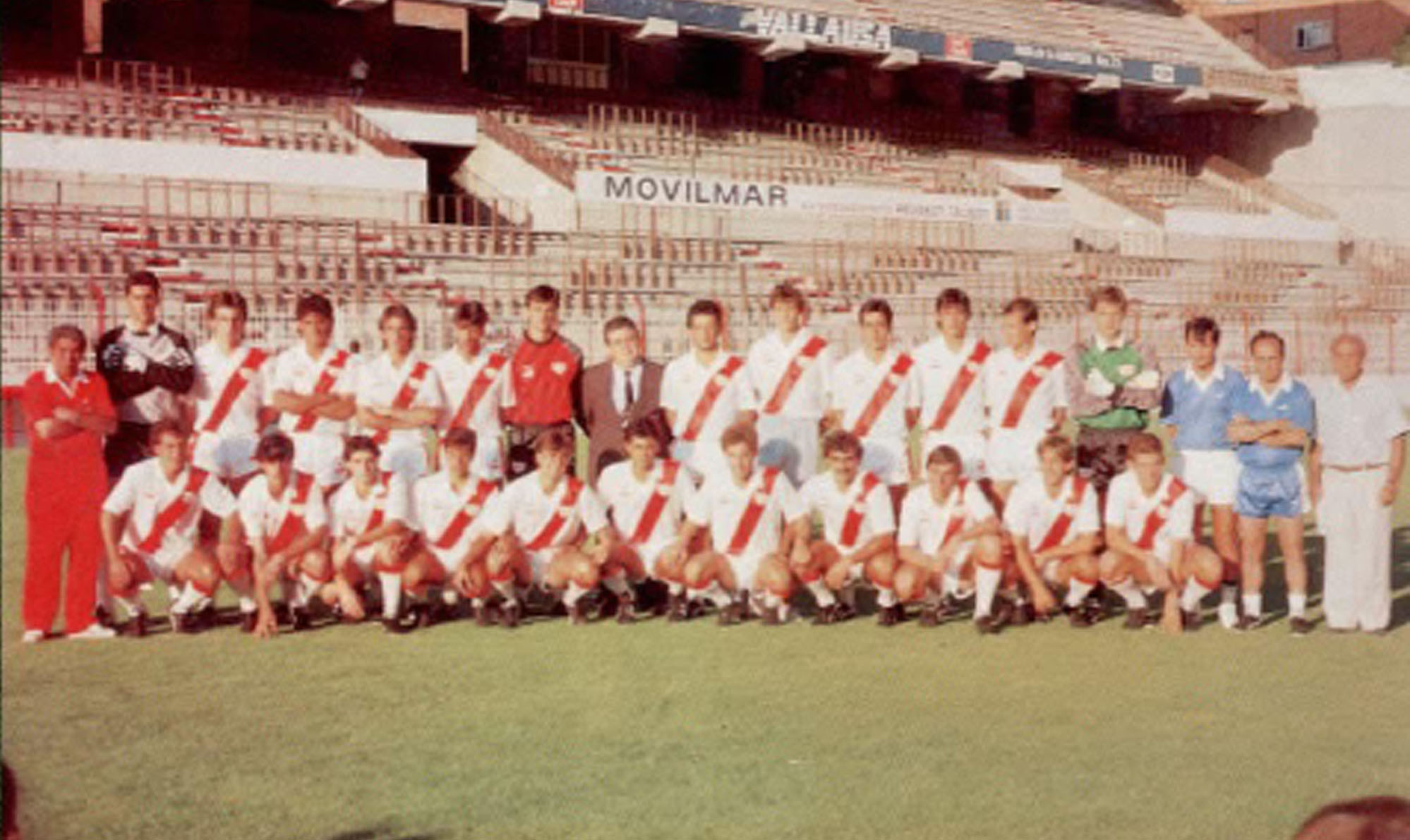 Rayo Vallecano – 5th with 45 points. Trying to climb back to Primera Division and, under normal circumstance, failing to do so on worse goal-difference. But they reached the promotion/relegation play-offs anyway – and lost to Murcia 0-3 and 1-1. 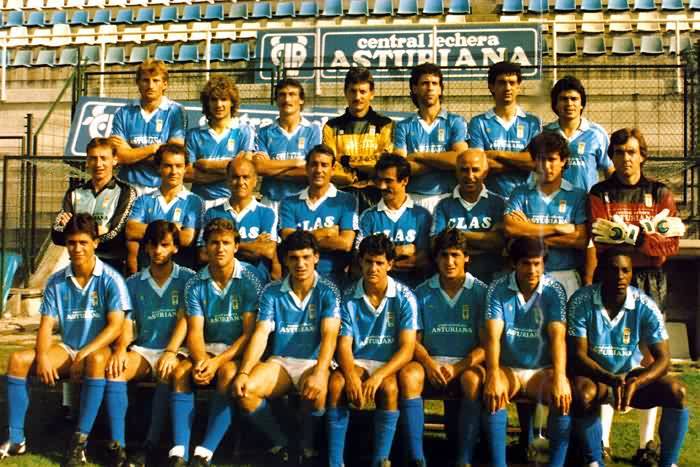 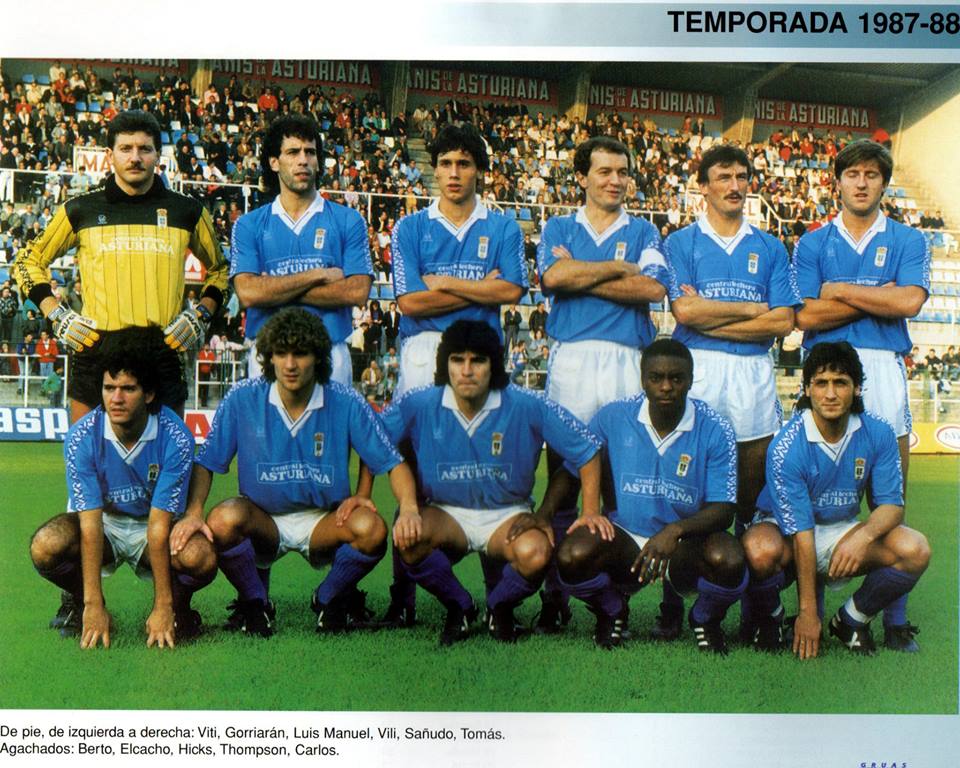 And won promotion after besting First Division Mallorca 2-1 and 0-0. Back to Primera next season. 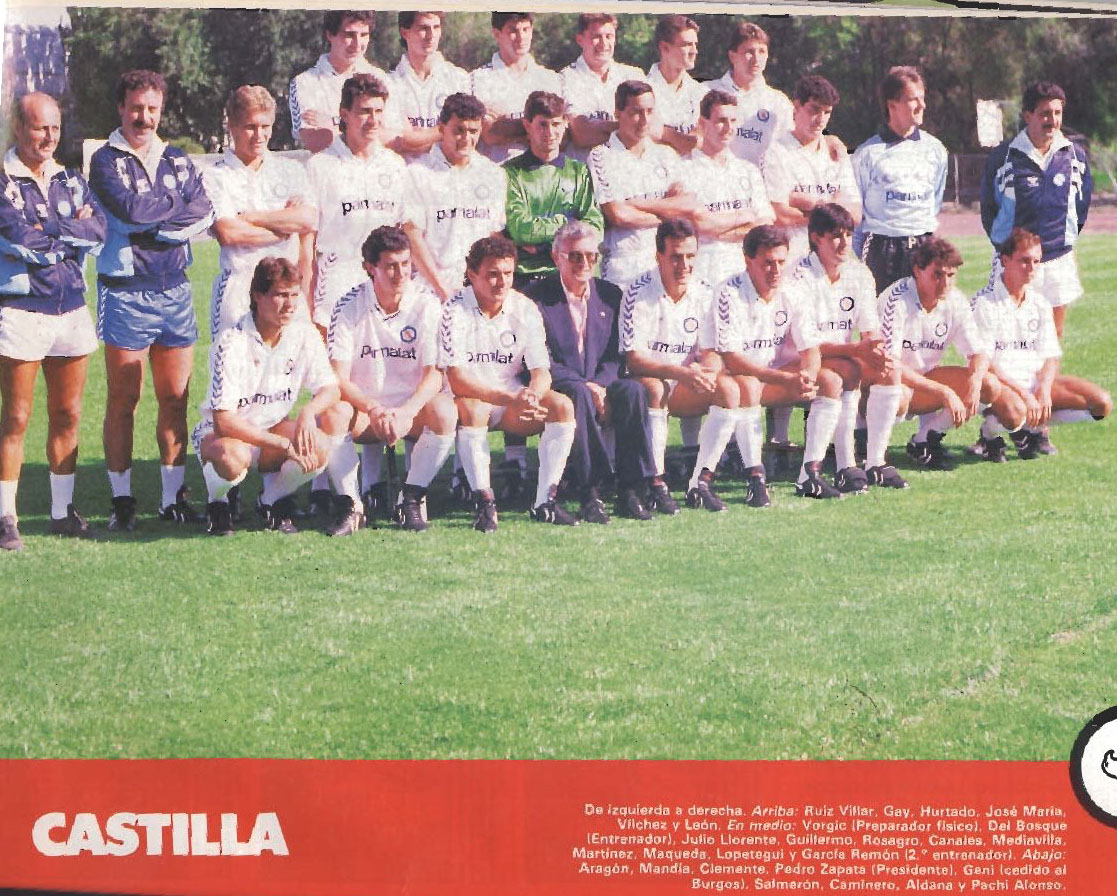 Castilla CF – the second team of Real Madrid – 3rd with 48 points. They were illegible for promotion and thus did not go the promotion/relegation play-offs, which benefited Rayo Vallecano. 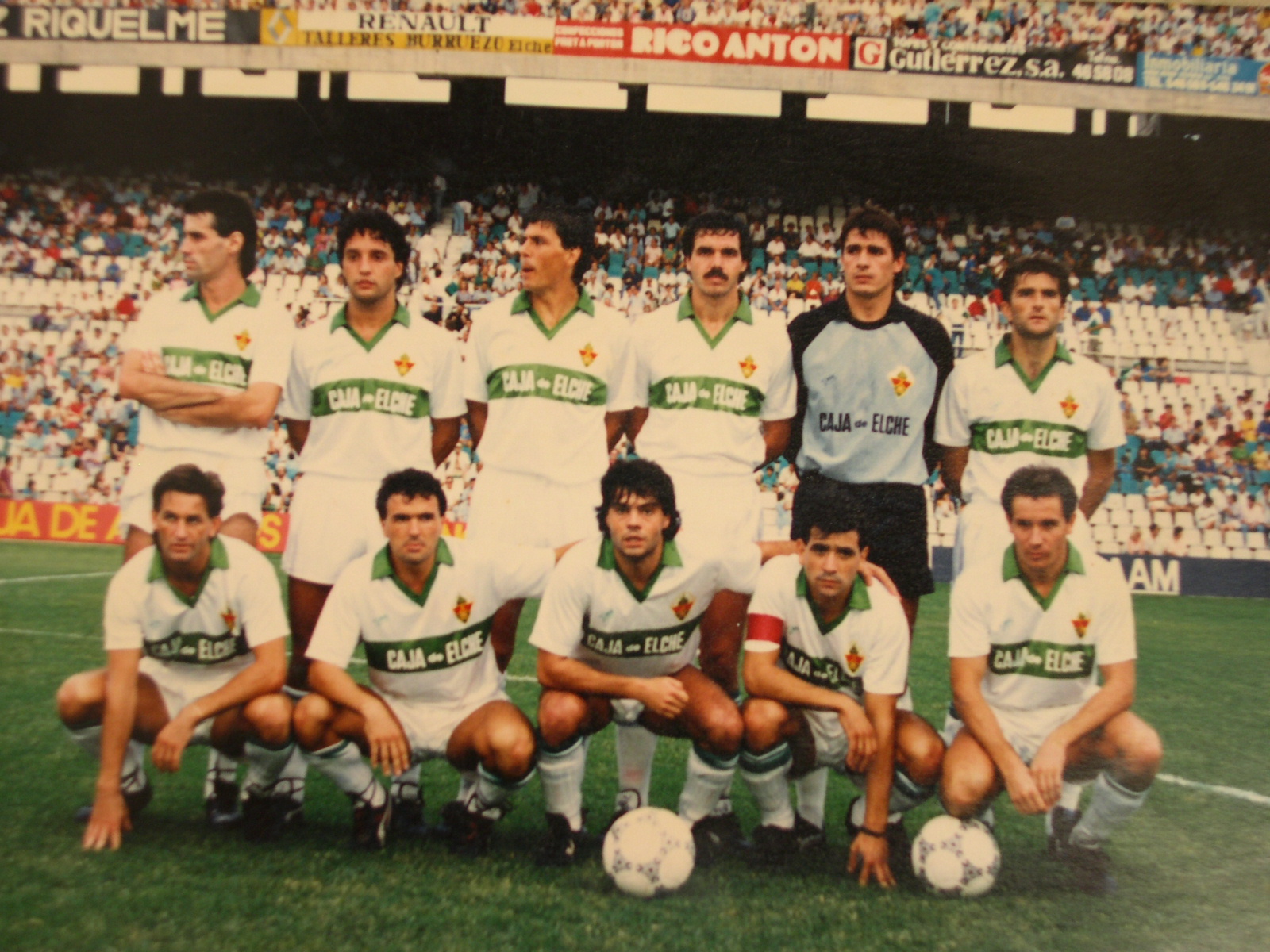 Elche CF – 2nd with 50 points and directly promoted to the top league. Standing from left: Sanchez, Robi, Cartagena, Javi, Miguel, Del Barrio.
Crouching: Bracun, Rodriguez, Sixto, Claudio, Isidro.
One more try to first division football, one of many… hoping they will stay up there. 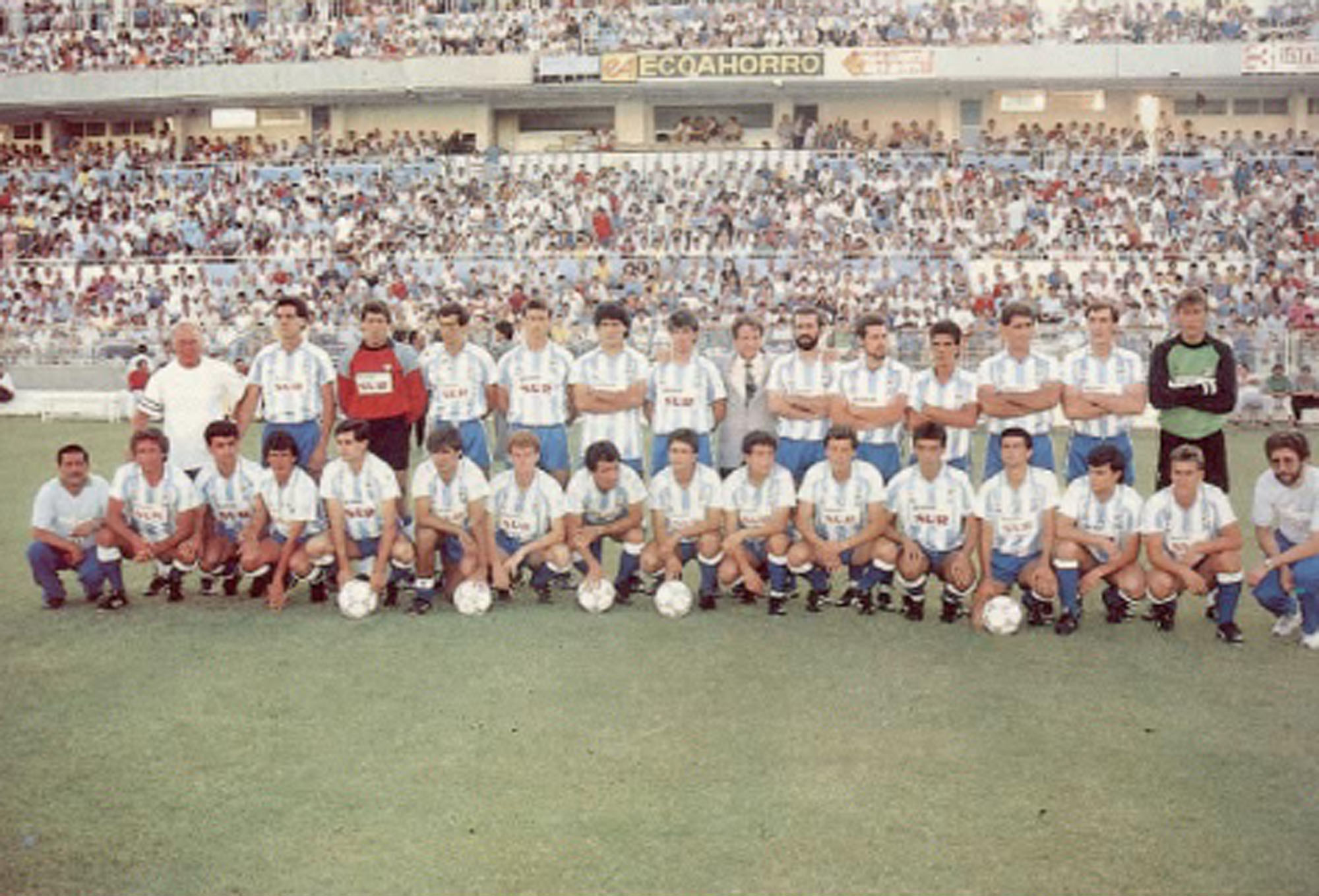 CD Malaga – Second Division champions this season with 54 points from 22 wins, 10 ties, 6 losses, and 74-39 goal-difference. Strong season and, like Elche, once again they were going to play top-league football. To what result will be ssen next season – for the moment, it was great.