Scotland. Ranked 5th – a bit of a surprise and not realistic, but Scottish clubs played well in Europe in the recent years. 3 points for a win – still one of the first countries to use the invention conceived to encourage attacking football. Yet, things were not great at home and the top league was going to be reduced again to 10 teams – to achieve that only 1 team was promoted from second level this season and the last 3 in the top division were relegated: going to 10 teams in I Division, 14 in II Division, and 14 in III Division. The championship was dominated by Celtic – a bit surprising, because of the money Rangers poured into building formidable squad. Which finished 3rd, a distant 3rd…
Third Division – officially Scottish Division 2. 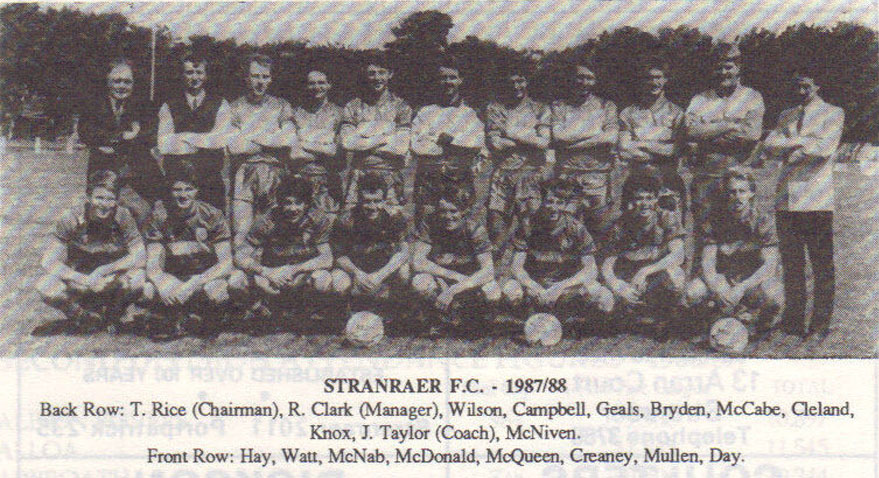 Stranraer – a hopeless outsider even at this lowly level: last with 16 points. Berwick Rangers kept them company at the bottom, but ended above them on better goal-difference. 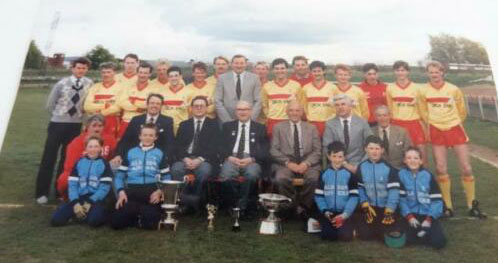 If both teams’ records were combined, they would have been a point ahead of the 12th , Albion Rovers, which finished with 31 points.
But what mattered was the top of the table – not much of a fight. Two teams were well above the rest and battled between themselves for the league title. Promotion was secured early for both. 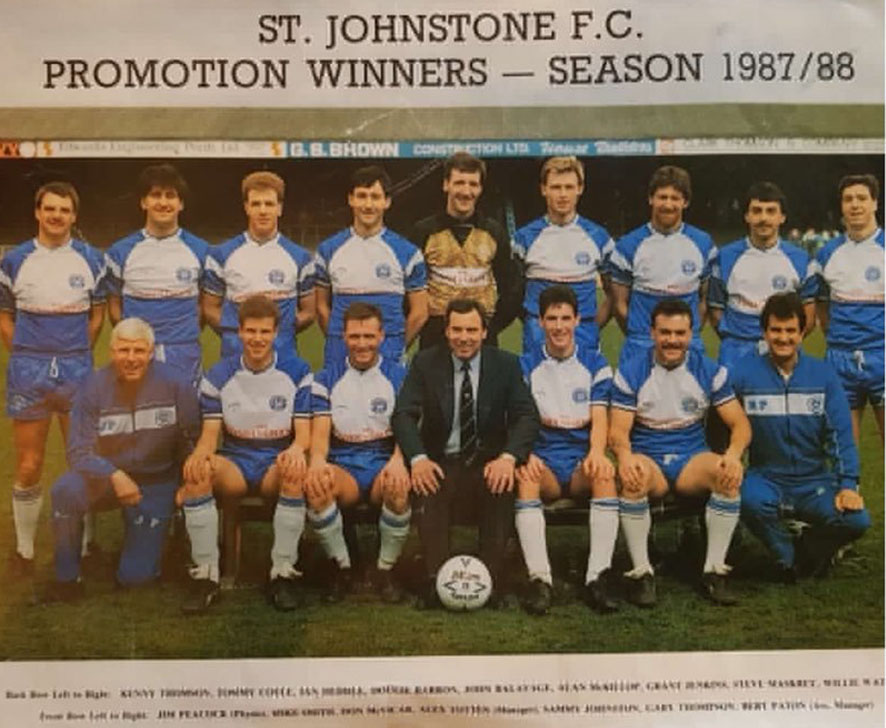 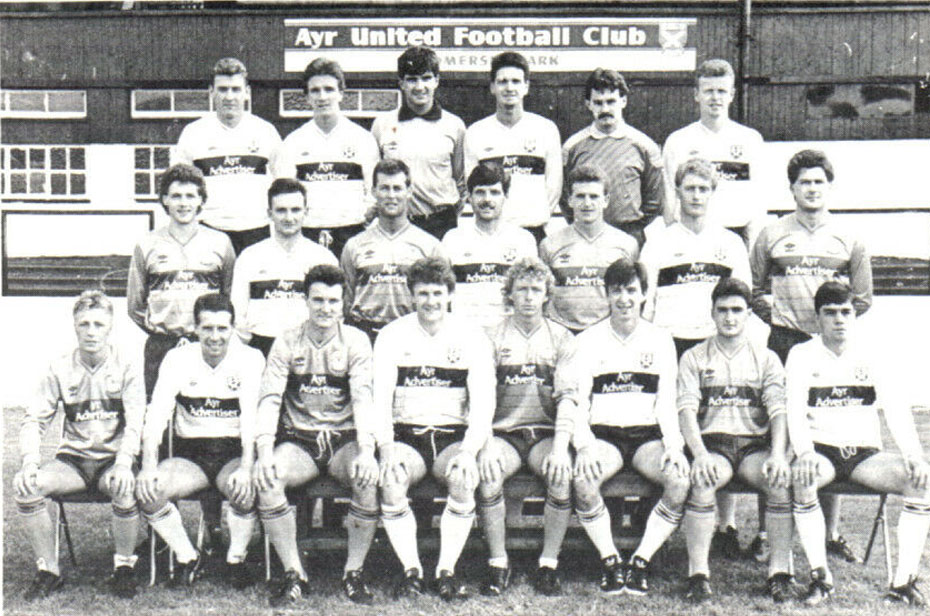 Ayr United won the league with 61 points from 27 wins, 7 ties and 5 losses. 95-31 – they scored most goals in all leagues this season.
Second Division – Scottish Division 1. Only the champion was promoted and the last 2 were relegated as usual. Three teams were entangled in a battle for survival – Kilmarnock won it, finishing 10th with 37 points. East Fife was 11th with 36 points and Dumbarton last also with 36 points – these two were relegated.
At the top was more intriguing, for good number of teams were quite similar in strength and the 3-point system was giving somewhat distorted impression of reality. 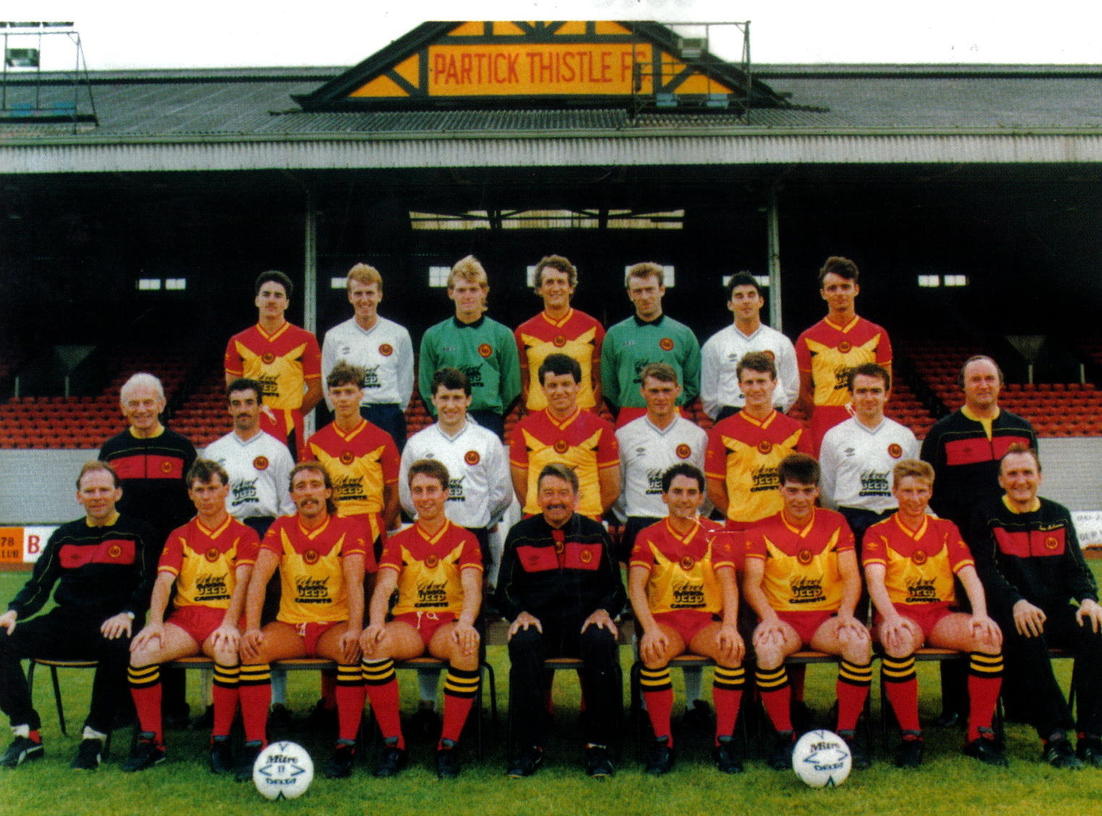 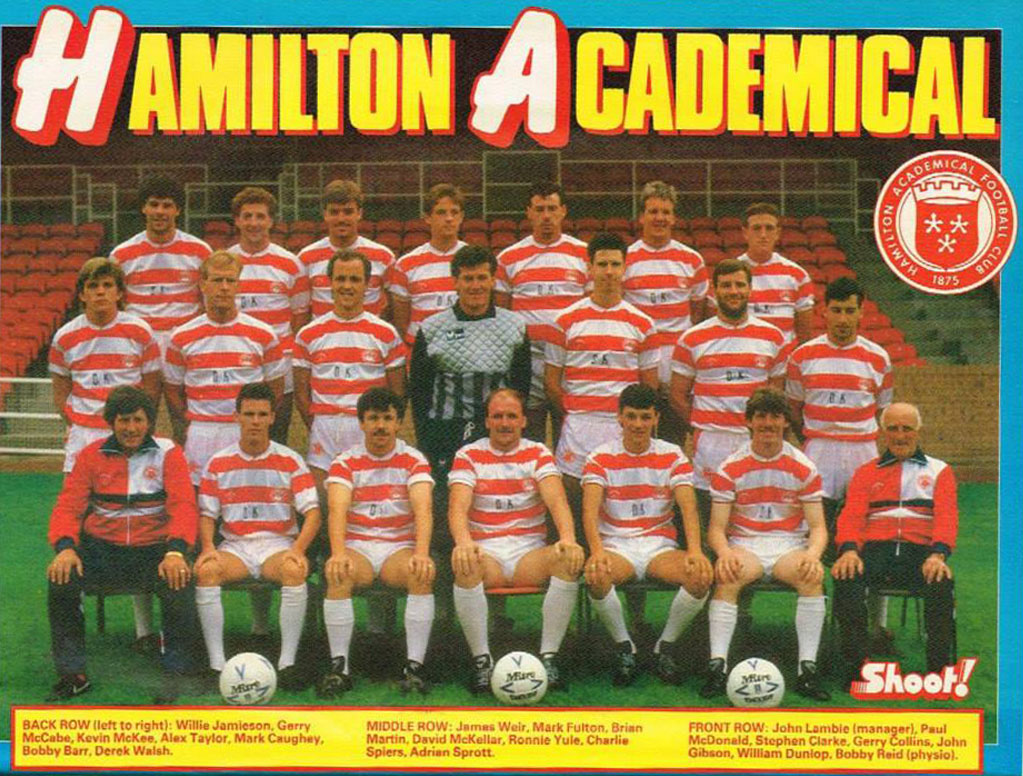 Hamilton Academicals, freshly relegated from top flight, was determined to return to the best and succeeded: 22 wins, 11 ties, 10 losses, 67-39, 56 points. They managed to built a good 4-point advantage at the end, thus confirming reality, guiding the Scottish Federation to reducing the top league again – too many clubs too weak. Hamilton had hard times staying in the top division, yet, it was too strong for second level. But good luck to them in the next season.