The Cup – FC Porto and Vitoria Guimaraes reached the final. Looked like David and Goliath, but David was… David. Vitoria tried its best, hold its ground, but FC Porto was too much for them and the inevitable happened in the 82nd minute – Magalhaes scored and FC Porto won 1-0. 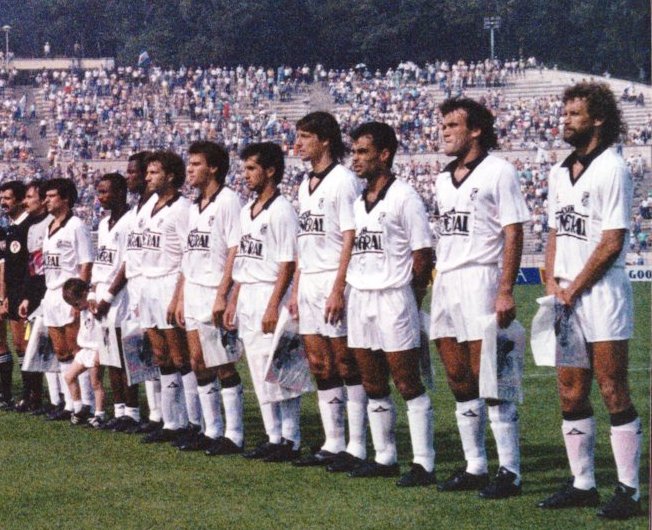 Admirable brave effort by Vitoria Guimaraes, but class prevailed. Too bad the underdog did not win, but that was the reality: after all, Vitoria desperately tried to escape relegation and barely succeeded in that, when FC Porto dominated not just the Portuguese championship, but was one of the best European teams at the time. True, Vitoria had good coach – Jose Alberto Torres – and plenty of Brazilian and African players, but they were not first-rate stars. Lost the final minimally, but were going to play in the Cup Winners Cup, so there was some reward for their efforts. 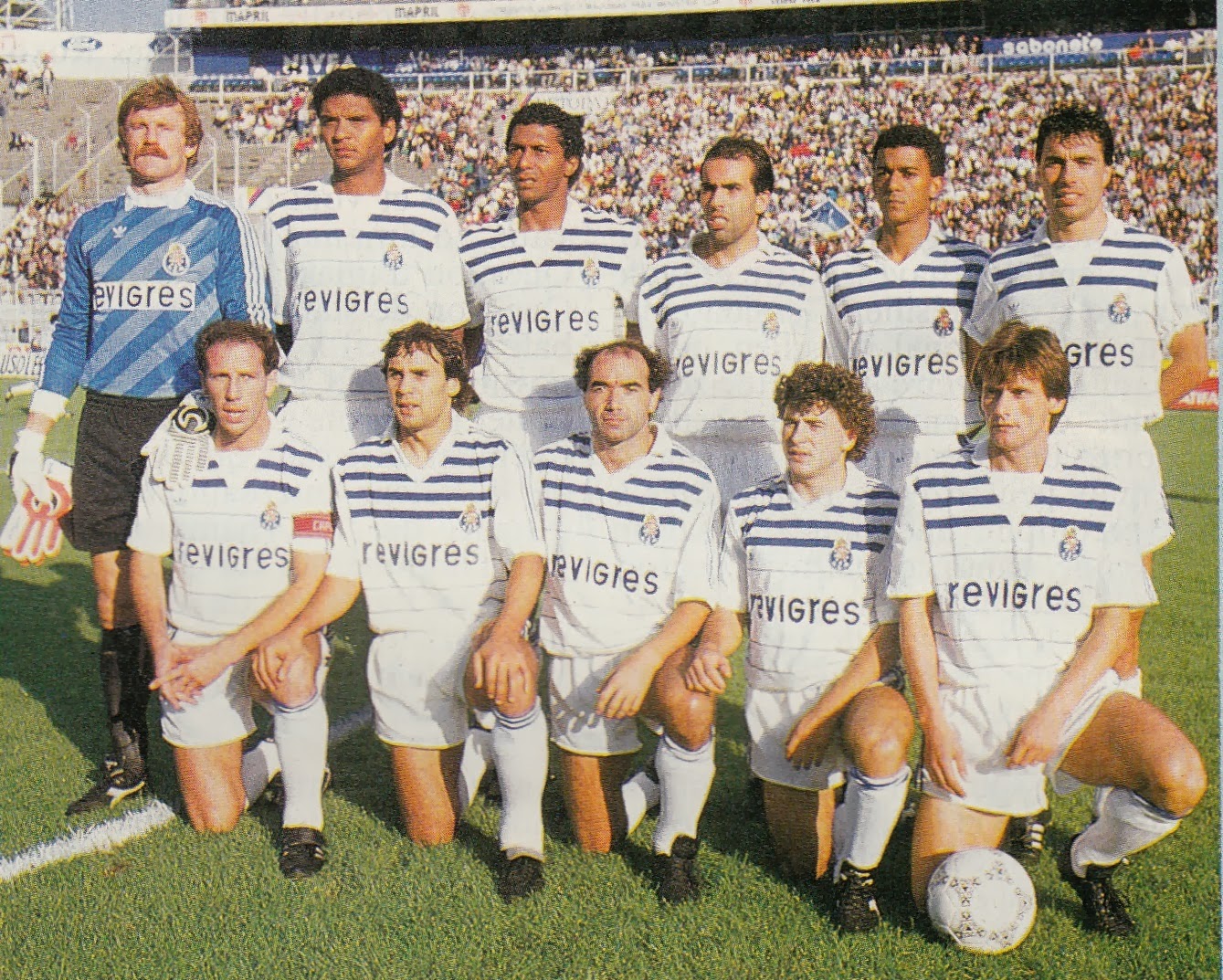 This is not the Cup-winning team – just a photo of FC Porto with their reserve kit for variety sake. Standing from left: Jozef Mlynarczyk, Geraldao, Celso, Fernando Bandeirinha,  Jorge Placido, Augusto Inacio.
Bottom: Jaime Maghalaes, Rabah Madjer, Jaime Pacheco, Rui Barros, Antonio Sousa.
Cup winners and champions of Portugal – a double, leaving no doubt who was best in Portugal. Futre was sold to Atletico Madrid and eventually Rabah Majer too, but it was still a formidable team, coached by one of the best at that time – the Yugoslav Tomislav Ivic. FC Porto firmly aimed to be not only the best in Portugal, but one of the best in the world and it was. At home at least this was their finest season so far – they won their 10th title and their 6th Cup. A double is always great, but this was only the second double for FC Porto and the first time was long, long ago. 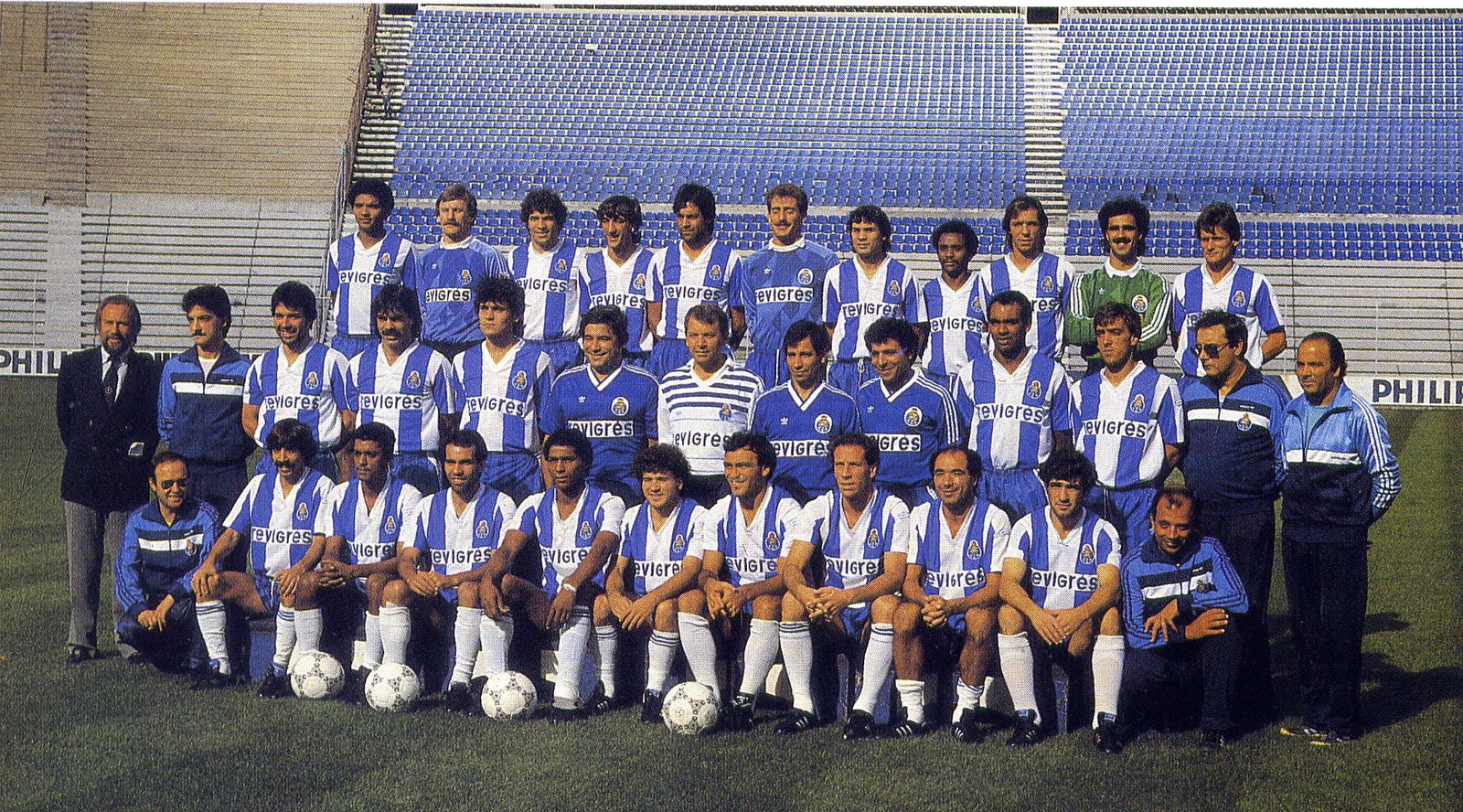 One more time – the double heroes.