Italy. Ranked number 1 by UEFA and as if celebrating its leading position, the Federation decided to increase Serie A from 16 to 18 teams next year. Thus, 2 teams were relegated and 4 promoted from Serie B this season. There was more – tough battle for survival involved half the league, 8 teams. Only 3 points divided the 9th placed from the 15th. Scheming was still going on, so Ascoli had 5 points deducted as a punishment – that placed them last. If they were not penalized, they would have been 11th and the already mentioned 3 points would have divided the 9th from the 16th. That at the bottom. At the top – a change of guard and big return of Milan not only to the top of Italy, but to the top of Europe. It was a team defining European football for the next 5 years, pretty much introducing the 1990s, shaping the future. But at the moment it was clear yet – step by step, at the moment they just returned to the leading position in Italy. And step by step, let start from the bottom of the bottomless Italian football.
IV Division – or Serie C/2. The usual 4 groups of 18 teams each. The top 2 teams in each group were promoted to third level. The last 3 – relegated to 5th level.
Girone A. Civitavecchia, Saviglianese, and Carbonia ended at the bottom and were relegated. Up the table: 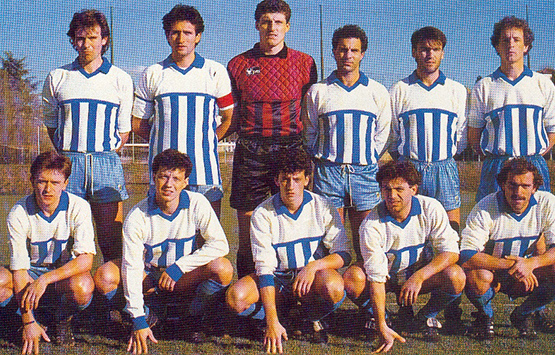 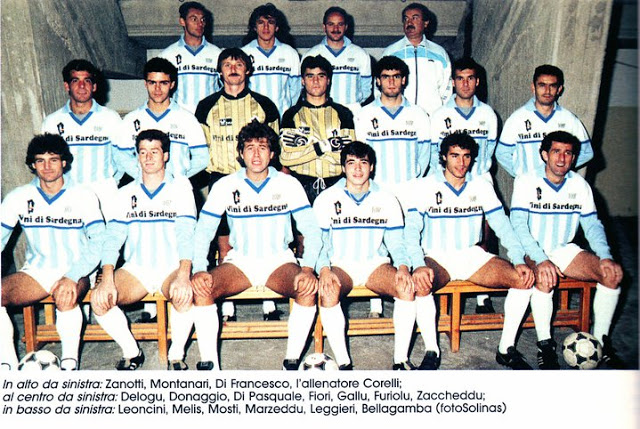 A possible photo of Sorso of this season – 11th with 32 points. 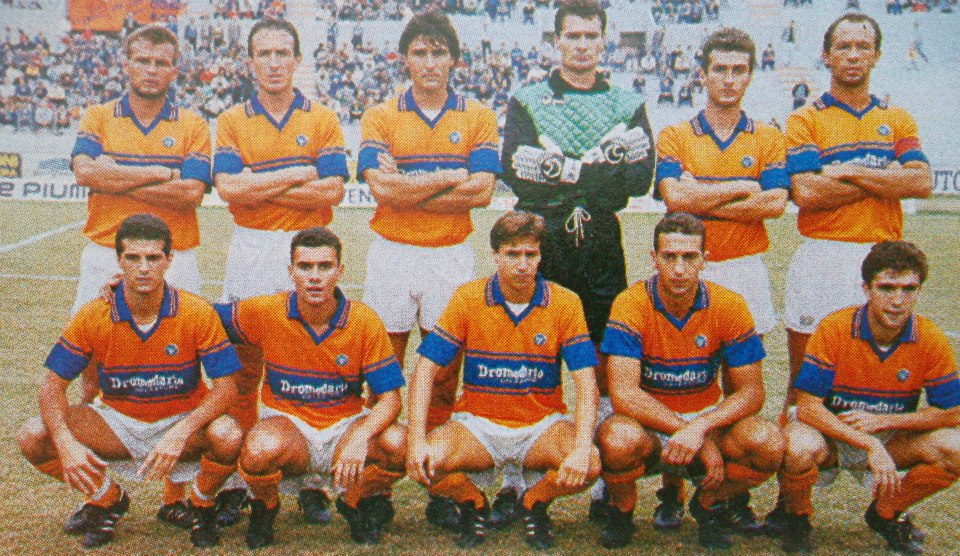 Pistoiese – 8th with 35 points.
Intriguing finish at the top – 3 teams ended with 41 points. Head-to-head results decided the final standings and Massese’82 was unfortunate in that and placed 3rd.

Carrarese was declared champion and, naturally, promoted up.
Girone B. 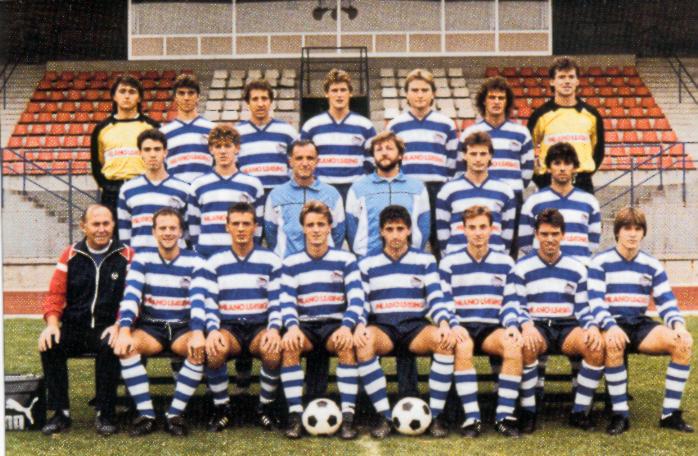 Pro Patria – last with 18 points. Hopelessly behind everybody – the terrible slump and ones upon a time strong and respected club seemingly had no end.
Suzzara and Sassuolo were just above Pro Patria and also went down. 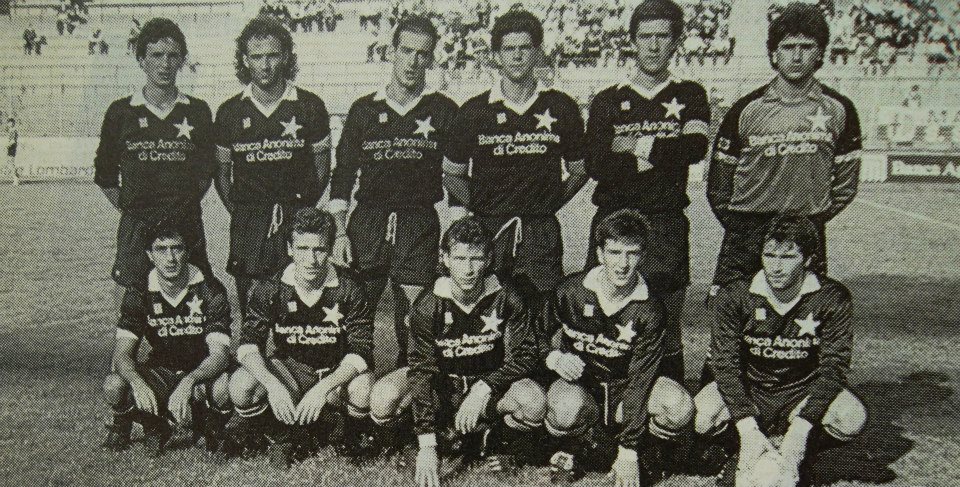 Casale was lucky to survive – by a point better than Sassuolo. 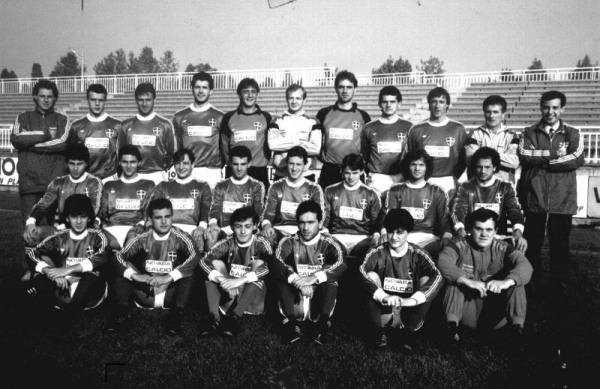 Novara – 12th with 30 points. At least not as bad as Pro Patria, but 4th level seemed permanent.
Again 3 teams competed for promotion, but were separate by a point at the end. Telgate – which was Intim Helem before the beginning of the season – finished 3rd with 46 points. 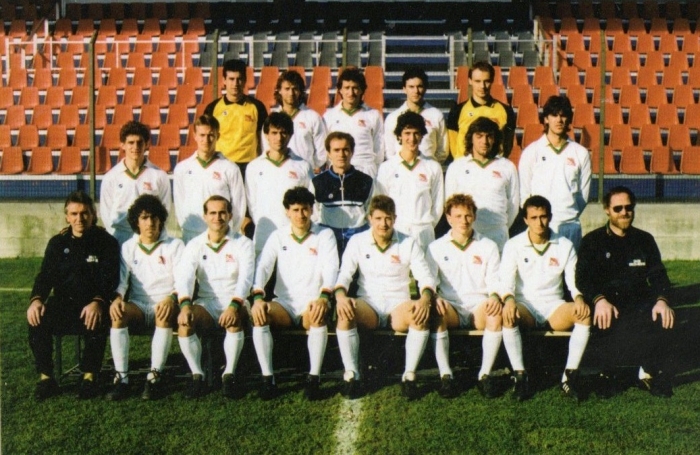 Venezia-Mestre clinched 2nd place with 47 points and was promoted. 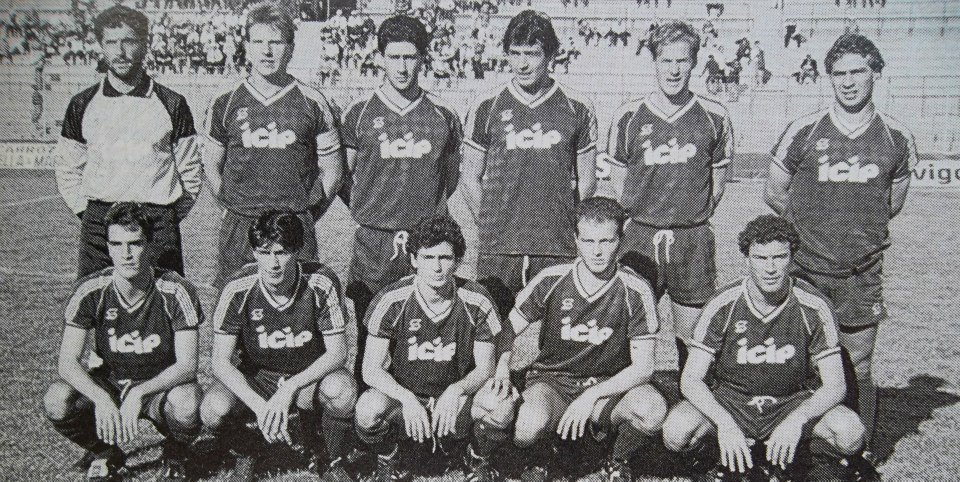 Mantova won the championship with 48 points and went up.
Girone C. Galatina P.I., Angizia Luco, and Jesi finished at the last three positions and were relegated. 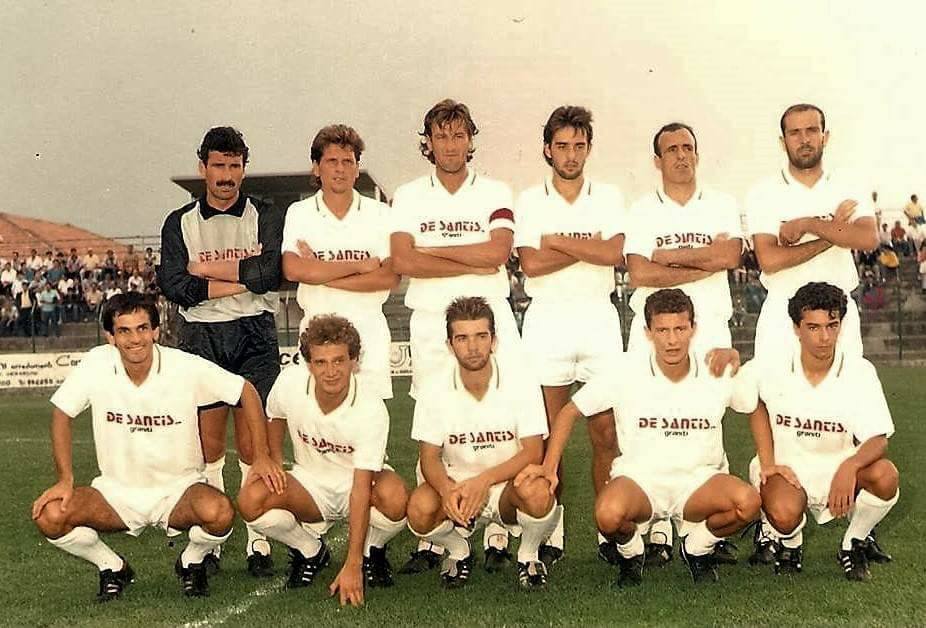 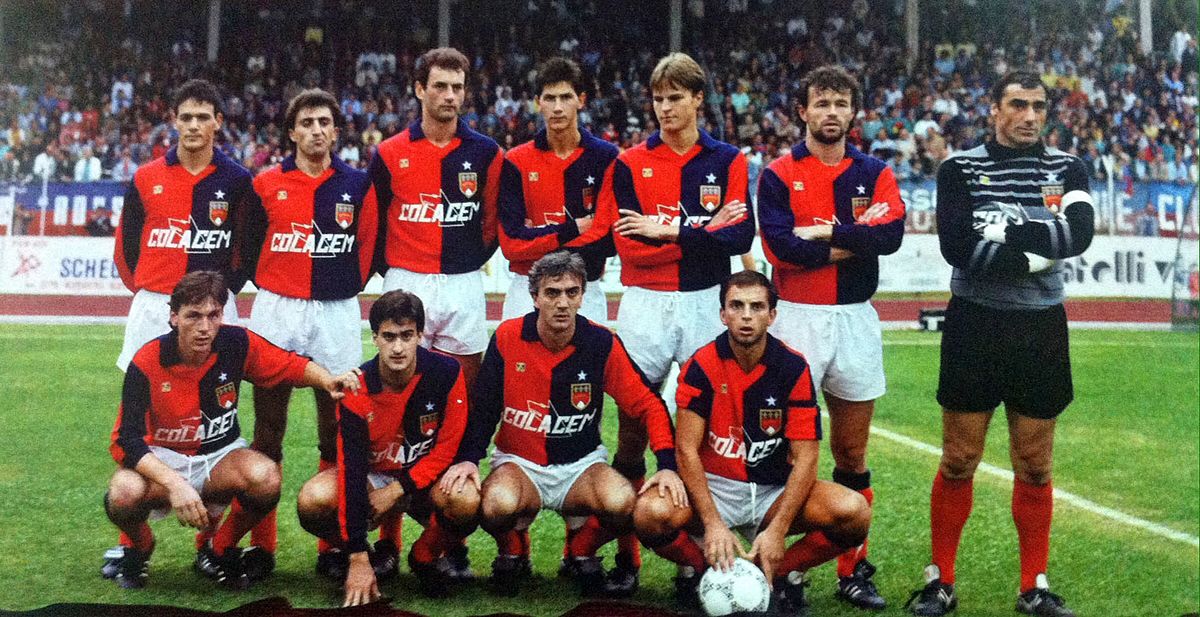 Gubbio did very well – 4th with 40 points. But that the maximum – they were entirely outside the promotional race.
It was not much of a race anyway – Fidelis Andria was solid 3rd with 45 points, but they had nothing to do with top spots either. Perugia and Casaranowere much stronger than the rest of the league and only competed between themselves for the top position. Seemingly, goal-difference decided at the end – both teams ended with 51 points. 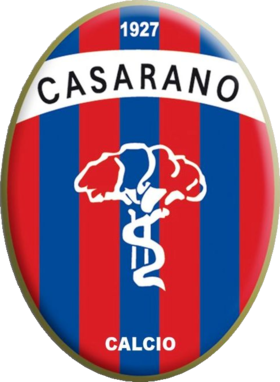 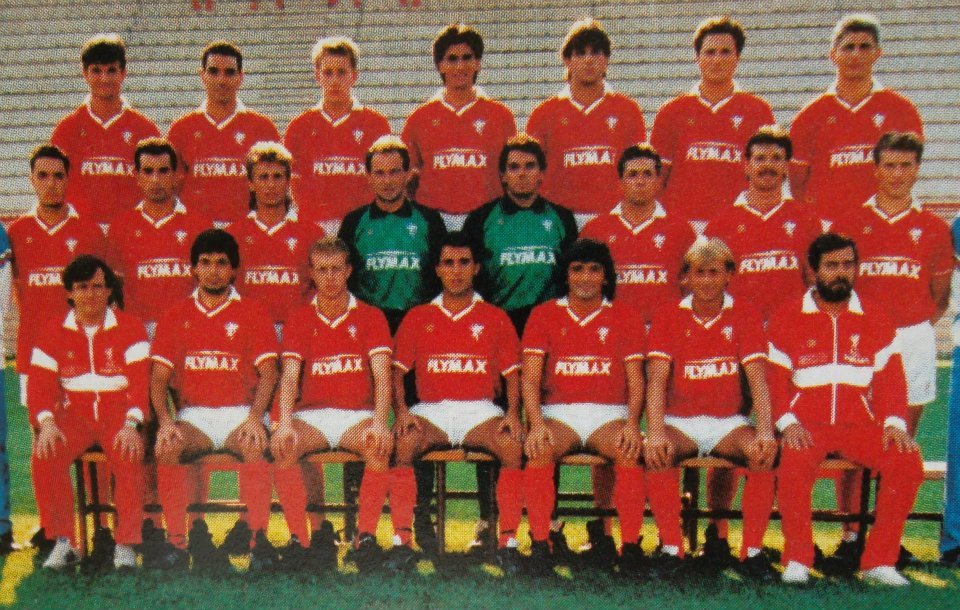 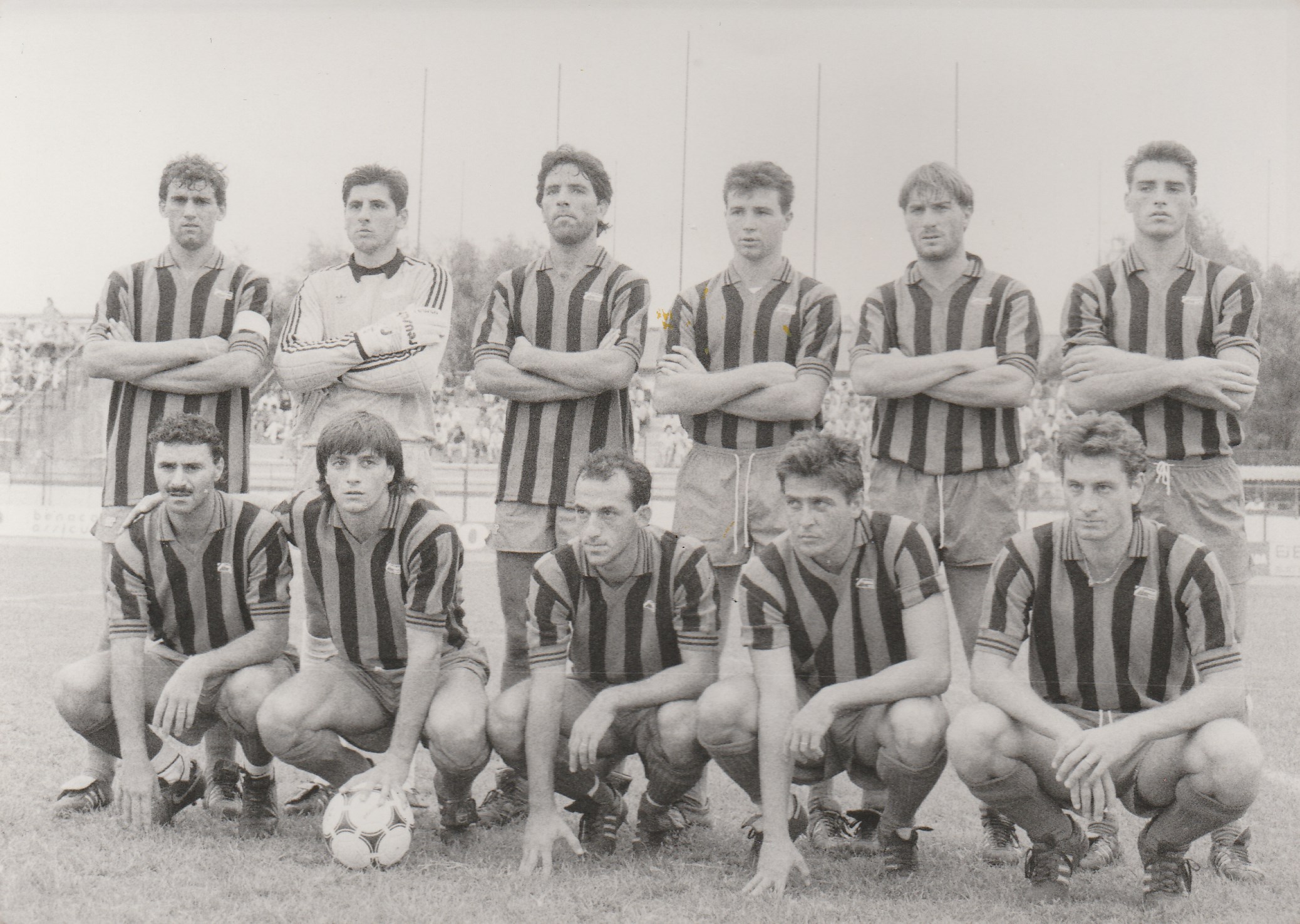 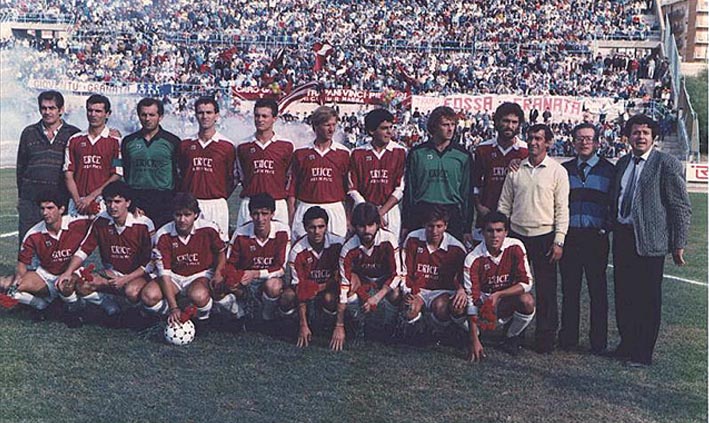 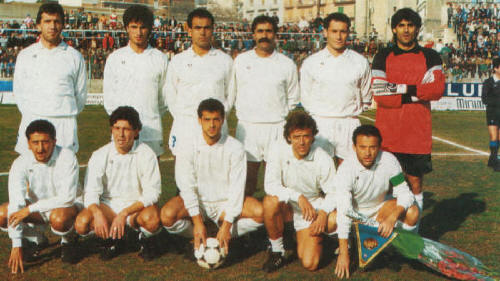 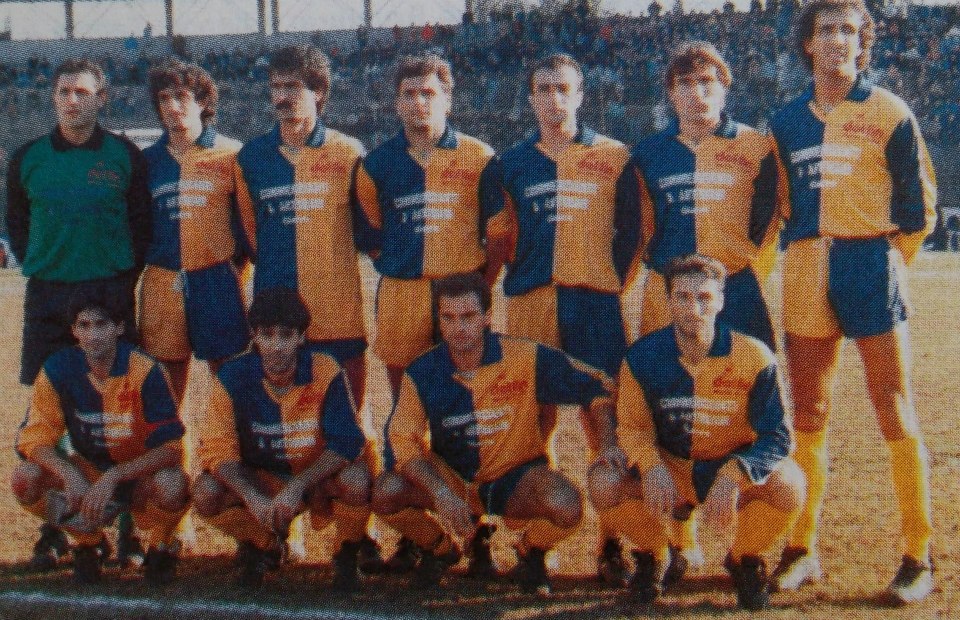 This could be considered as a real surprise and big achievement: Giarre finished 2nd with 45 points and was promoted to Third level.

Palermo had no rival – champions with 49 points and climbing back to Third Division.
A bit of a ‘monkey business’ happened right after the end of the season: Entella Bacezza, Nocerina, and Pistoiese were not admitted to the next season for having financial problems and Jesi, Sassuolo, and Suzzara were readmitted.